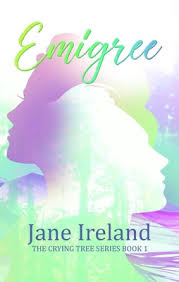 The story is centred around two women and the way their lives intersect as they grow older. Grace has a mysterious presence – beyond – a protective spirit that promises ‘glimpses of an unknown future’, developed as a response to a betrayal and assault she suffered as a child. Yet like the Cassandra of legend, her prophesies are not to be spoken, nor to be believed. She is both in awe of her ability and terrified of its power.

Izabella has fled war-torn Budapest for Australia looking for a new life and an escape from her past. But her dreams are shattered by the experiences she encounters in her new country. As the women grow, develop relationships and feel the powerful longing to bear children, they encounter racism, misogynism and classism. They come from different worlds, yet are determined each to achieve their goals.

This is a story about family, and most particularly about the love of a mother for her child – the dynamics of that special relationship, and the ways in which it might be tested, broken and repaired. It is also a mystical story and one that will appeal to readers who enjoy the blurring of lines between reality and the ‘other realm’ that cannot be so easily explained.

Ireland’s debut book suffers from a few issues common to emerging writers, but you can tell how hard she has worked to bring the best to the fore. Her language, at times, is particularly beautiful, with gorgeous descriptions of place and lovely evocative turns of phrase. I look forward to where she goes with her next book in the series.