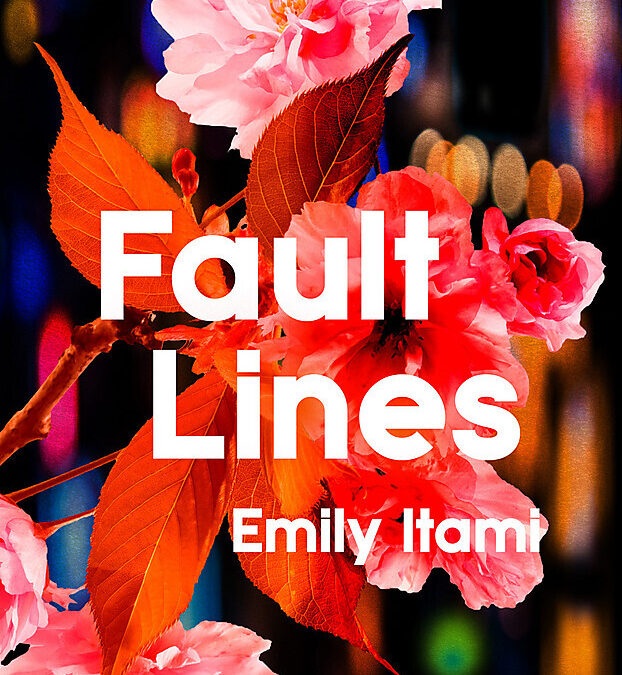 Fault Lines (Phoenix Books 2021) is a slim novel that is breathtaking in its simplicity, poignant observation and humour. Author Emily Itami uses the title both as an indication of what is going on in her marriage and also in reference to the ever-present threat of an earthquake in Tokyo.

Mizuki is a Japanese housewife who has the ideal (Japanese) life: a hardworking husband who is not abusive, two young children still at the cute stage, and a gleaming modern Tokyo apartment on the 32nd floor of a high-rise in the midst of busy urban life. But when the novel opens, she is describing how boredom and ennui one day find her straddling the balcony, 32 floors up, in a sudden fit of pique while folding the laundry. Oh, and she has an affair. Right from the beginning, we are introduced to Kiyoshi, a handsome and successful man who owns a string of restaurants; they meet by chance one rainy night and develop a friendship that consists of eating out without speaking, except for the occasional curse, and enjoying the pulsing nightlife of central Tokyo in a way that makes Mizuki yearn for her younger self – her freedom, her voice (as a singer) and her unrequited dreams. Her life is very different from what she once imagined. But as she and Kiyoshi become increasingly entangled, and her two lives begin to converge, she must make a choice.

Fault Lines is entertaining, darkly funny and witty (Mizuki’s personality especially comes through as endearing, honest, self-deprecating and scouring). It is a love story, essentially – between lovers, between spouses, between parents and their children, between the dazzling city of Tokyo and its inhabitants.

After living in Japan myself for five years, this novel felt especially real and authentic – the seasons, the weather, the city life, the habits and customs, the weight of expectations and the missteps of foreigners. Itami has captured a perfect slice of Japanese urban life. The subtle wit and often not-so-subtle humour lifts this book to a breathtakingly candid portrait of a woman’s struggle between a comfortable home life and an illicit escape.