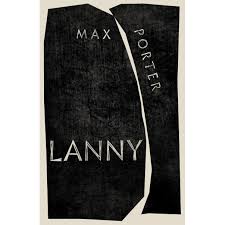 I’ve never met Max Porter but from his two books, his debut, Grief is the Thing with Feathers, and his latest Lanny (Faber and Faber 2019), I imagine him to be some kind of whimsical word wizard, able to take fistfuls of phrases and throw them into the air, only to watch them land on fertile ground, take root and grow into all sorts of impossible creatures. I imagine his head is full of poetry and song, that he begins to tug at the loose stitch of an idea and then watches as an entire new world unravels. I also imagine him as a careful observer of humans: their words, their behaviour, their thoughts.

I imagine him lying pressed to the ground, his ear to the soil, listening to the murmurings from below, or soaring like a bird into the wind, catching every sound uttered by every living thing, and even by inanimate objects. I imagine he is a magician, able to make reality appear and disappear at will. I imagine him peering into people’s souls and deciphering every hurt, every regret, every moment of joy or sorrow.

Lanny is a powerful novella of astounding beauty. It is highly literary (prepare yourself for scraps of story patched together, for type that meanders around and off the page, for paragraph after paragraph of dialogue or thoughts from characters often not named or identified) and features at its heart the character of Dead Papa Toothwort, an enigma which is just as mystifying and strange as he sounds. But the book is also enormously compelling – the simple story of a gentle and endearing young boy, Lanny, who is odd and charming, vulnerable and resilient. Lanny and his parents, and Mad Pete, the aging artist who befriends him, swirl at the centre of this story that is so unusual, so wonderful, so haunting and so engaging, that you will arrive at the other end simply amazed that such a thing could be written. (And a cautionary word: the book is in three parts, and while some readers have found the first third almost too experimental, do not be tempted to stop reading. Continue until the end, and you will be rewarded by some kind of miracle.)