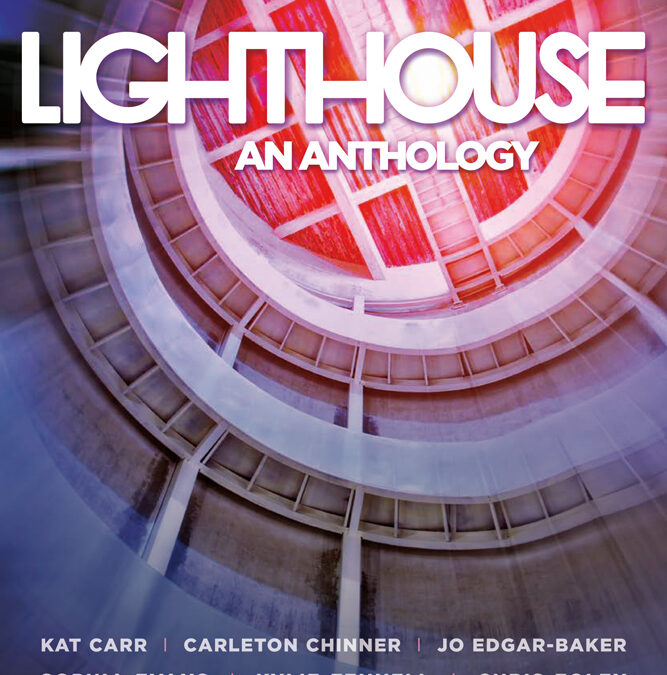 How many writers does it take to screw in a huge lighthouse lamp? Apparently, it’s 15. After meeting randomly at a writers’ conference dress-up dinner, these 15 authors chatted about a vision of creating an anthology of writing with the common theme of lighthouses. Unlike most ideas conceived after a few drinks at a writers’ conference, this one actually came to fruition, and Lighthouse: An Anthology (Lorikeet Ink 2020) was born merely a year later.

Edited by Bianca Milroy and produced by several other contributors, Lighthouse is a multi-genre cornucopia of stories that all feature lighthouses, some in a tangential way but most using the lighthouse as the focus of the story, either as the setting or even as a character. There is something for everyone – fantasy, romance, historical fiction, paranormal, horror, sci-fi and dystopian stories that will delight, intrigue, frighten, bemuse, amuse, sadden and enlighten readers.

One of my favourites is Last Light by Anna McEvoy, an amusing ghost story. Lea Scott offers a crime story with a twist. Jo Edgar-Baker’s historical romance and Chris Foley’s tense sci-fi could not be more different. Lane Thornton writes a spooky tale with an unexpected ending. Once Perilous, Now Safe, by Jodie Woodward, is an appealing romantic ghost story, and Broken Things by Kylie Fennell is a haunting, amusing and poignant romance. Carelton Chinner writes an historical mystery with an eerie conclusion. Kat Carr gives us another intriguing romance. The Sound the Sea Makes, by Alyssa MacKay is another favourite – an historical tale that is especially unnerving because of the unexpected resolution. Sophia Evans writes convincingly and frighteningly about monsters (and sneaks in a feminist touch), and Kelly Lyons pens a beautiful historical romance. Sharyn Swanepoel gifts us a modern and humorous romance, a complete contrast to the futuristic story of spacecraft and AI by Brooke Maggs. The collection concludes with The Solitary Light, an excerpt from Bianca Milllroy’s forthcoming historical novel. Bianca’s famous love of lighthouses inspired this collection and her intimate knowledge of all things lighthouse-related no doubt informed the factual elements of some of the other stories. All of the stories coincidentally feature relationships, a sign perhaps of our need for connection in this strange year.

This fantastic collection is an example of writers getting together, talking through an idea, having a vision and then actually working hard to make it reality. Each of these emerging or established authors navigated the theme of the lighthouse in a unique and interesting way, and despite the many different genres and styles, by the end of the anthology, I felt I knew a lot more about lighthouses generally than I had before, partly due to some physical, visual, tactile descriptions of lighthouses, but also because of the cohesive mystery of lighthouses, their role and responsibility, their history, their strange, uncommon and yet essential reason for being. Lighthouses seem now to have personalities; this collection has made them characters themselves.