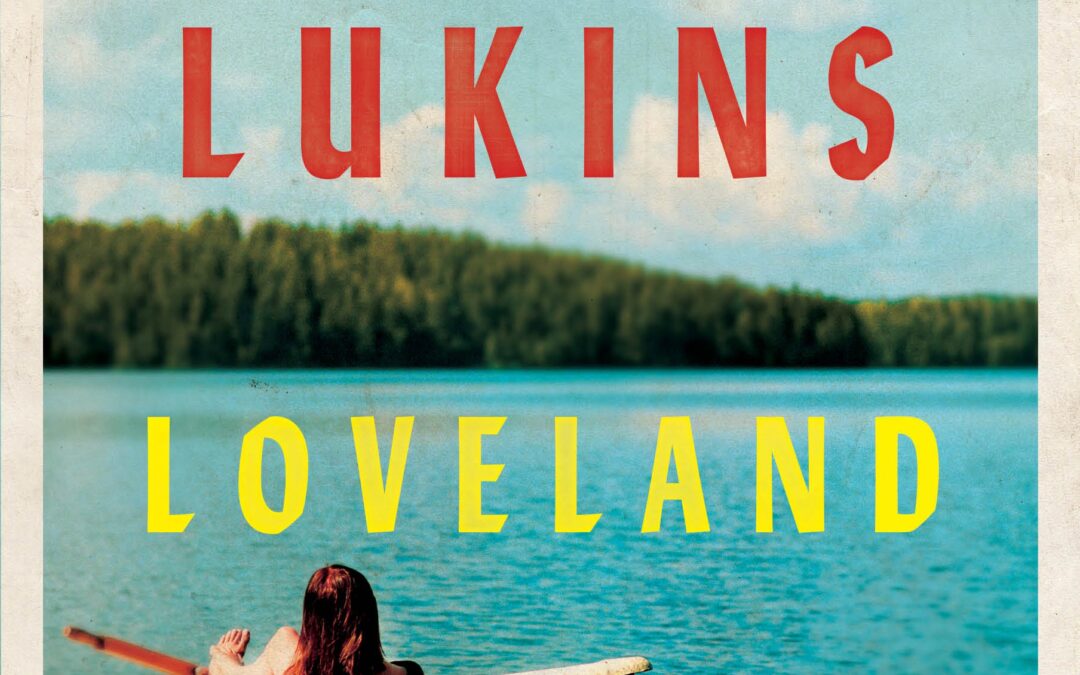 The much-anticipated second novel by Robert Lukins, Loveland (Allen and Unwin 2022) is exactly as wonderful as you would expect from this writer of exceptional talent. Beautiful literary prose, taut dialogue, an evocative and immersive setting, a thrilling and tense plot filled with conflict and moral dilemmas, this novel is steeped in such tender, heartbreaking and memorable tension and characterisation that it is sure to win awards but also be passed from hand to hand with solid word of mouth recommendations.

Lukins’ first novel The Everlasting Sunday was stunning in its precise crafting, and Loveland again fulfils this promise. The story centres on Australian woman May, who unexpectedly inherits a house in the town of Loveland, Nebraska, where the story is set. May travels to Loveland not knowing what to expect; what she finds is the beginning threads of the story of her grandmother, Casey, whose past has always been a secret and who has remained a somewhat hidden figure in her life. The boathouse May has inherited sits at the site of what was once a grand home, an amusement park and waterfront dwellings on the shores of a lake which now appears poisoned, fluorescent with toxins. When May arrives in Loveland, she realises that nothing about her grandmother is what she had thought or assumed, not even her name.

May has taken this trip to claim her inheritance partly as an excuse to escape her dominating, abusive and controlling husband, and her manipulative and damaged adolescent son. It is a lifeline she grabs with both hands, not knowing what lies at the end of the rope. When she moves into the house, and begins to repair it, and to repair her own life and emotional state, she uncovers more of the mystery of her grandmother’s life. It gradually becomes apparent that the two women’s stories echo each other’s in many ways; that the legacy of intergenerational trauma binds them together even after Casey’s death.

The book opens with a shocking scene: two women standing knee-deep in the lake, all the structures around them ablaze, and a dead man at their feet. It is not until the conclusion of the novel that we understand how and why that scene came about.

This is an intense, compelling, emotionally satisfying, engaging, complex and superbly crafted story. I don’t think I have read another book that addresses the cruel and oppressive subject of family violence in such a subtle and understated way. The mood of simmering tension, hostility and viciousness creeps up on the reader in a slow burn, with devastating realisations.

There is even a touch of magic realism in this story, which appears and disappears just as quickly; this highlights the heightened emotional state of the characters and perfectly expresses the surreal atmosphere in which they find themselves.

The novel is full of strong and intense women, women who have grown up powerless and impotent but who through their experiences, determination and agency become embittered, free, powerful and full of love and courage, lifting up others around them and fighting back like even they could never have imagined. These characters will stay with me for a long time.

But the real strength and beauty of this novel is in its writing. The prose is sublime; thoughtfully crafted sentences that are lyrical, poetic and transformative. Lukins is a master of language and remains in tight control of the narrative and the prose throughout. But while this story will no doubt appeal to readers of literary fiction, it is also grounded enough that it will satisfy readers who want a tense narrative and a complex and thrilling plot. The combination of authentic dialogue, sense of place, unforgettable characters, an engaging story and so many thought-provoking themes ensures that I’m already predicting Loveland will be one of my books of the year. It is profound and moving.