Song of the Crocodile – Nardi Simpson 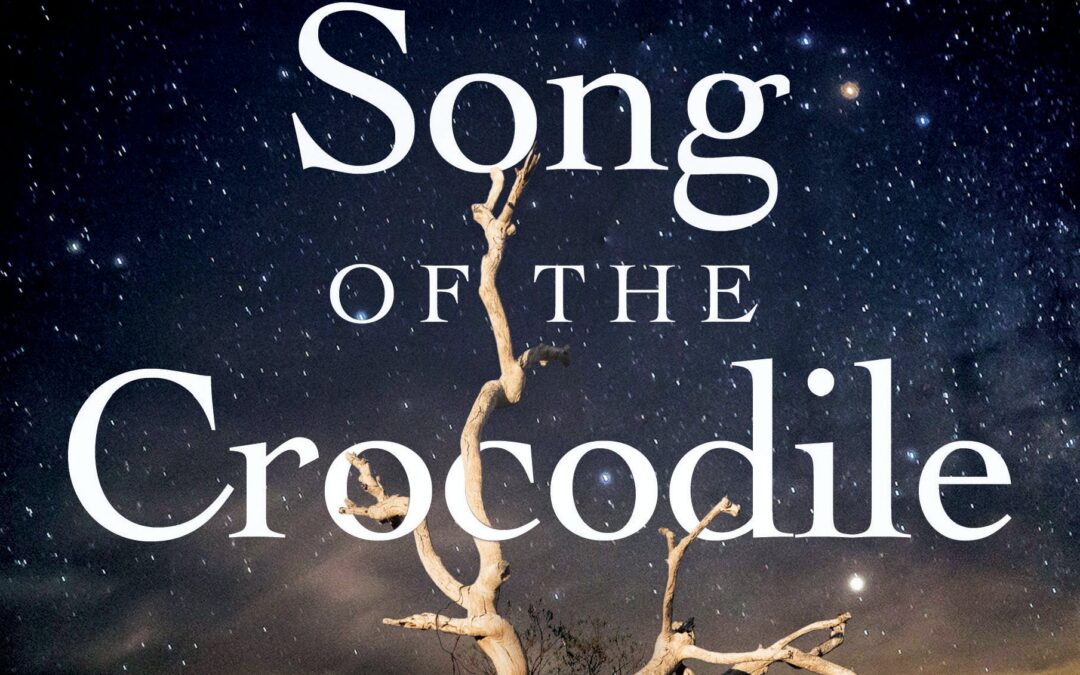 Yuwaalaraay woman Nardi Simpson, writer and musician, has gifted us an impressive debut novel in Song of the Crocodile (Hachette 2020), in which she combines indigenous culture and dreamtime stories with the tragedy of the white man’s dispossession and disrespect of Aboriginal people.

Set in the community of Darnmoor, the novel spans three generations of the Billymil family who live in the Campground (adjacent to the rubbish tip) on the outskirts of the town proper. The inhabitants live in poverty, without running water or electricity like the townspeople, and it’s a hardscrabble life. But from the opening pages, we get a sense of the Billymil family and their community – their love, their strength, their resilience and their determination, along with their anger, their mistrust, their disappointments and their frustrations. The narrative rises and falls like the water of the great river that runs through the town’s centre, with births and deaths, injustices and kindnesses, and achievements and failings keeping the story fresh, unsettling, taut, unexpected and suspenseful. The characters are engaging and we are drawn intimately into their difficult lives and their sorrows, but also their joyful moments.

As the years pass into decades, progress marches inexorably forward, and Darnmoor undergoes physical, social and environmental changes, not all to the benefit of all of its residents. This is a town of secrets and hidden stories, and a violent act threatens to unearth lies that have long laid buried.

This is not a long-ago historical novel about the terrible violence of 200 years ago, when invasion and colonisation first disrupted and displaced this land’s owners. Set more recently, it includes races living together but still divided, masters and servants, white and black, and a more subtle but still unnerving kind of continuing undercurrent of violence and disrespect. This imbues events with an even more unsettling feeling, because this is only the recent past, and still fresh in our memory. The situation towards the end of the book touches on timely issues with a compassion that goes some way to providing understanding about actions and circumstances.

The highlight of this book is the beautiful indigenous culture interwoven with the more modern Aboriginal people’s lives, a vivid demonstration of how inextricably linked our First Nations people are with their land, their elders, their totems and their feeling of country. The novel includes almost dream sequences, and denounces the idea of a purely linear narrative, in either time or space. The dead gather together and interact with the living; those gone are merely in another atmosphere, guiding and helping those left behind. Characters may physically die in the story but they do not disappear from it. This complex and intricately wrought tale, with Garriya at its centre, is a result of the author not only writing it down, but singing this story to us, dancing it to us, sharing it with us in the oral and visual tradition that is unique and special to her people.

When I recently heard Simpson speak at a writers’ festival, she was so considered, thoughtful, warm and funny, but what I most noticed was her slight hesitance before she spoke or answered a question, her head tilted, her eyes as if looking at something far away … it was as if she was listening for information only she could hear, words from the ether, perhaps from her ancestors, that were guiding her as she navigated discussing the book she has produced and the stories it contains. The novel includes a lot of Yuwaalaraay language, seamlessly inserted into the English so that the reader both welcomes the unfamiliarity of it and, by the end, comes to expect and hope for each precious turn of phrase, each new word, to parse what it means.

Both literary and highly readable, this story hooked me in and kept me caring very much for the characters and what would happen in their lives, and also after they had passed. It’s a tribute to the connection of First Nations people to their land, their communities and their families.