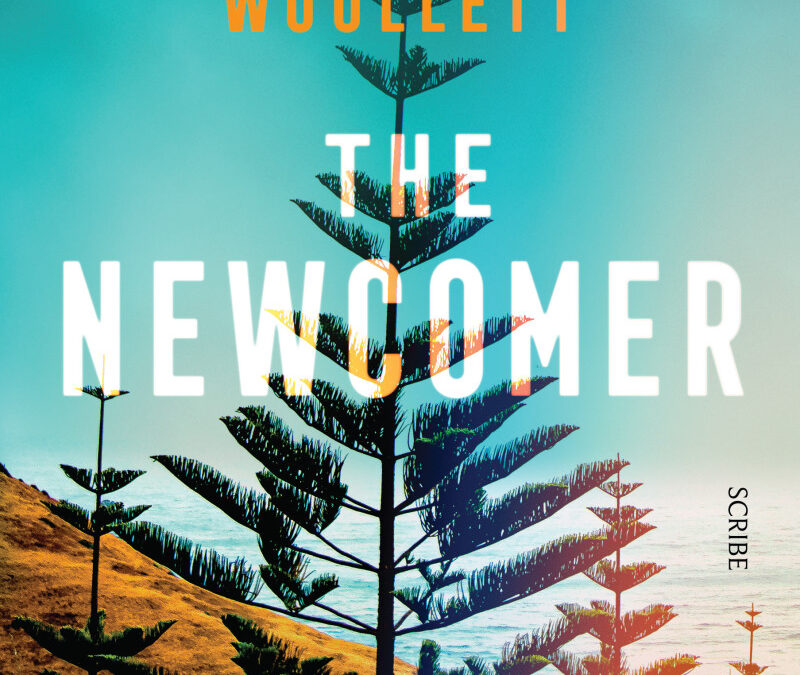 Laura Elizabeth Woollett is an extraordinary writer and I loved her previous book, Beautiful Revolutionary. Her latest novel The Newcomer (Scribe 2021) is painful, exquisite, confronting, authentic and compelling reading. I have some concern that this book is ‘ethically fraught’ (as one author friend suggested), but I will separate that criticism from the main review of the book as a work of fiction.

The Newcomer is a crime story with the victim at the very heart of the narrative. This is a tale where almost every character is dislikeable, untrustworthy and villainous – including the victim – and where, without exception, all of the characters make poor choices and bad decisions. And yet the standard of Woollett’s writing is such that the novel is completely engaging and the reader is compelled to keep turning the pages. We desperately want to know what happens to the characters and we care about what happens to them, despite disliking them or perhaps not agreeing with their lifestyle choices. This is quite an achievement for the author to keep the reader so invested.

The story has a dual timeline. In the present, Judy Novak waits for her adult daughter, Paulina, in a hotel room on a tiny pacific island where Paulina has been living and working. They were supposed to meet; Judy has travelled to the island especially to connect with Paulina and see how she is doing. Paulina has mental health and self-esteem issues (brilliantly examined with a forensic eye) and a history of self-harm, alcohol and drug abuse and disastrous relationships with ill-chosen men. Judy becomes increasingly worried, Paulina doesn’t show up and, within hours, her body is found on a lonely part of the island.

At first, Judy’s worst fears seem to have eventuated – Paulina has taken her own life, something she has been threatening to do for years. But it is quickly established that Paulina was murdered, and suddenly the very small population of the island are all potential suspects, especially the many men with whom Paulina had relationships or sexual liaisons.

The second timeline takes us back to before Paulina’s death, to the events of the preceding months. This includes an intimately described and raw, visceral exploration of the mother/daughter relationship between these two women, which is revealed in ugly, moving, heart-breaking, angry and desperate detail. Both women say and do things of which they are not proud. Both make bad decisions, both have regrets, both are caught in the flawed patterns of their relationship which circle around again and again to the same mistakes.

In this way, through alternate chapters from before and after, Woollett reveals Paulina’s life before the incident, and simultaneously the horrific emotional aftermath of her death, not only for her mother but for others who knew her. She was the newcomer to the island, and the islanders to some extent close ranks and make the investigation into her death difficult. The men in this book are particularly awful (generally), although the women too are not great. As I said, incredibly dislikeable characters and yet completely compelling reading.

There are important themes in this book: victim shaming, power, abuse, violence, family, self-identity and self-hate, and so many themes around sexual violence, promiscuity, desire and agency. The book is sure to promote much discussion around moral questions of intent, predators, victims and compromised situations.

My next comment is arguably the most difficult part of this review. I began this book believing it to be a work of fiction. Although one endorsement on the front cover includes the words ‘inspired by true events’, nowhere in the blurb on the back of the book (or in the acknowledgements) does it say anything about being based on fact, and I had forgotten this was the case, until halfway through reading when a friend pointed me in the direction of the real-life murder of a woman on Norfolk Island in 2002, the first person to be murdered there since 1893.

Now of course authors use real life facts and actual people and events to inspire their writing – as indeed Woollett did so well with Beautiful Revolutionary. But as I read about the actual case, I became unsettled by the extremely close similarities between the Norfolk Island case and the crime described in The Newcomer. From the age of the victim to some of her family circumstances, from the smallest details around the actual murder to the identity of the alleged killer to the person who identified the body, many of these are lifted almost exactly from the true crime case. This resulted in mixed feelings for me, centred around questions such as: how do the actual mother and family feel about the way that they and the victim have been portrayed? Does an author have the right to lift certain central details but then to add quite terrible fictionalised aspects? How do Norfolk Island people feel about the depiction of themselves? The fact that this is basically a rewrite or a reinterpretation of history without any acknowledgement of the real family and people involved is problematic for me. It muddied the waters; I found it disconcerting. Also, while Beautiful Revolutionary was based on events of fifty years ago, this is much more recent. It’s interesting to me that when I was reading the story thinking it was fiction, I was absolutely revelling in the entertainment of the awful characters and their bad behaviour. But as soon as I realised it was so heavily based on a real story, it began to feel a little like trauma porn, and I almost felt guilty reading fictionalised material about these real-life people – ‘facts’ that might be a misrepresentation, and which those real people have no way of addressing.

Whatever your feelings about this aspect, there is no doubt that this is a compelling story about weighty psychological themes, written with sharp, evocative prose and sparkling dialogue. Certainly it is a story I haven’t stopped thinking about.