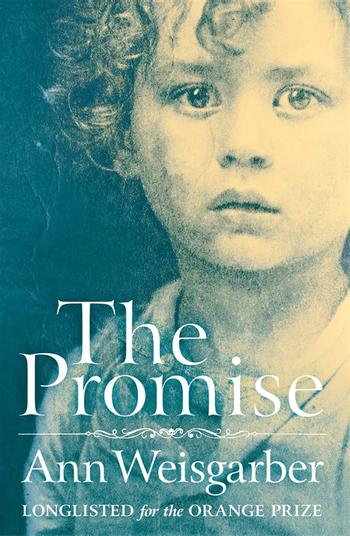 I participated in a fantastic Brisbane Writers Festival workshop with historical writer Ann Weisgarber but have only now read her novel The Promise (Pan Macmillan 2014). Set in Dayton, Ohio and Galveston, Texas in 1900, this story is incredibly moving, heartbreaking and engaging, and showcases Weisgarber’s skills as an historian as well as a literary fiction writer.

The narrative is based on the true story of the Galveston storm, a hurricane that became known (at the time the book was published) as the worst US natural disaster in the 20th century. The city was submerged in 8 to 15 feet of water, the winds were speculated to be between 120 to 150 miles per hour, and it is estimated that over 8000 people were killed in the city, the surrounding island and the mainland, out of a population of about 37 000. This storm features at the end of this novel, and the author has faithfully adhered to many of the known, recorded facts, and included real places and people who suffered or lost their lives.

But it is the prelude to this catastrophe that is the heart of the story. Fictional character Catherine Wainwright flees Dayton in the midst of a terrible scandal. Facing destitution and ostracism, she agrees to marry an old acquaintance from her childhood, the newly widowed Oscar Williams. Oscar is attempting to make a life for himself and his young son, Andre, on a rural farming property in Galveston after the sudden death of his wife, Bernadette. Catherine’s decision is hasty and its implications are many. Her new home is nothing that she expected – unfamiliar and a complete change of lifestyle. Oscar is kind and tries to welcome her, but the unspoken secrets of both their pasts are unsettling.

The second narrator (besides Catherine) is Nan Ogden, Oscar’s young housekeeper. Formerly a best friend of his now deceased wife, Nan had promised Bernadette that she would care for five-year-old Andre, who is still struggling with the death of his mother, and Nan manages to do that very effectively, housekeeping for Oscar and becoming a pseudo-mother figure for Andre. But Nan is a very different personality from Catherine, and they come from vastly different backgrounds. When the two women are forced to share the house, Oscar and also Andre, hostilities rise up, jealousies simmer and loyalties are tested.

Everything comes to a head with the approaching storm. The two women, Oscar, Andre and the other characters must wrestle with an epic natural disaster as well as their own private hurts and humiliations.

This is an extremely well-written novel that explores the themes of grief, death, trauma, family, obligation, duty, reputation, friendship, honour and sacrifice. The second half of the book is particularly tense and suspenseful, with the impending storm looming large, and each of the characters looking deep inside themselves to discover what they are prepared to give and how much they are willing to sacrifice. The story is riveting and gripping, the exploration of human emotions is sensitive and compassionate, and the writing is luminous and beautiful.