We Have Always Lived in the Castle – Shirley Jackson 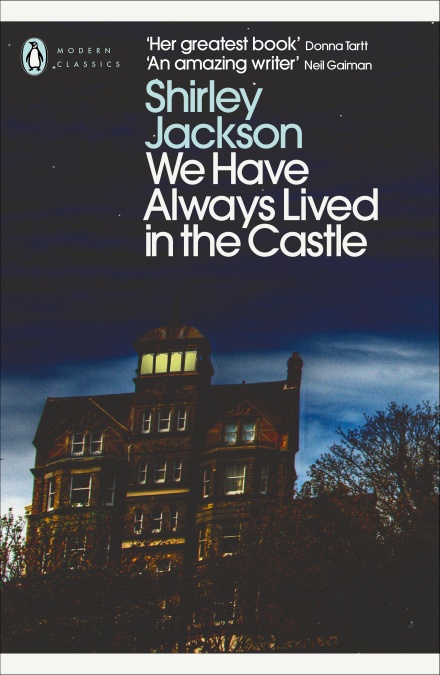 My review of another classic that I have only just got around to reading: WE HAVE ALWAYS LIVED IN THE CASTLE (Penguin Classics 2009; first published in 1962) by Shirley Jackson, an author renowned for her darkly funny and shocking writing. This was her last book; tragically she died in 1965 aged only 48.

This book – a novella really – is a gothic suspense: sharp, precise, clever, witty, funny, moving, frightening, tense and dark. Jackson is a masterful writer and her prose is cutting, with pitch-perfect dialogue, unforgettable characters and a plot that is simple and yet full of layered complexity.

Narrated by 18-year-old Merricat Blackwood, the story unfolds of her life in the Blackwood family home with her older sister Constance and their Uncle Julian, confined to a wheelchair. We learn early on that six years previously, Constance was tried and acquitted for the murder by poisoning of all of the other members of their family. As a consequence, the sisters are reviled by the villagers. Only a couple of people still visit or show them any kindness, but mostly they are taunted and harassed. It is only Merricat who ventures into the town for supplies. The three of them live a secluded life in the comfortable old house, with Merricat’s cat Jonas. The tragedy is rarely spoken of, although Uncle Julian spends his days writing papers about the incident, which he intends to compile into a book.

The family’s relative peace is interrupted by the arrival of Cousin Charles, who comes for a pleasant visit but then ensconces himself until it is apparent that he does not intend to leave. It is obvious to Merricat that he is bad news and it is clear to the reader that he is searching for the family fortune, rumoured to be hidden in the house, but Constance is struck by his presence and quickly pulled into his circle of charming control. When a second tragedy strikes, the sisters are confronted even further by life outside their own domain.

This is a dark fairy-tale, a fable, a story of hate and greed, of familial love and devotion, of deception and murder and woe. Family rivalries are great fodder for a good plot and this one rivals the best. The relationship between the sisters is mysterious, almost ethereal. In fact, the whole book has a certain magical feel about it, as if what we are reading is not quite real, but a dream, until Jackson brings us crashing down to earth with a violent deed or an act of desperation or malevolence that sharpens the dreamworld into vivid relief.

This is a perfect example of a talented writer telling us a story while deliberately holding much of it back, allowing the reader to imagine and guess at what actually happened, or what is really happening as the tale unfolds. It is an absolutely fantastic read.