When Things are Alive They Hum – Hannah Bent 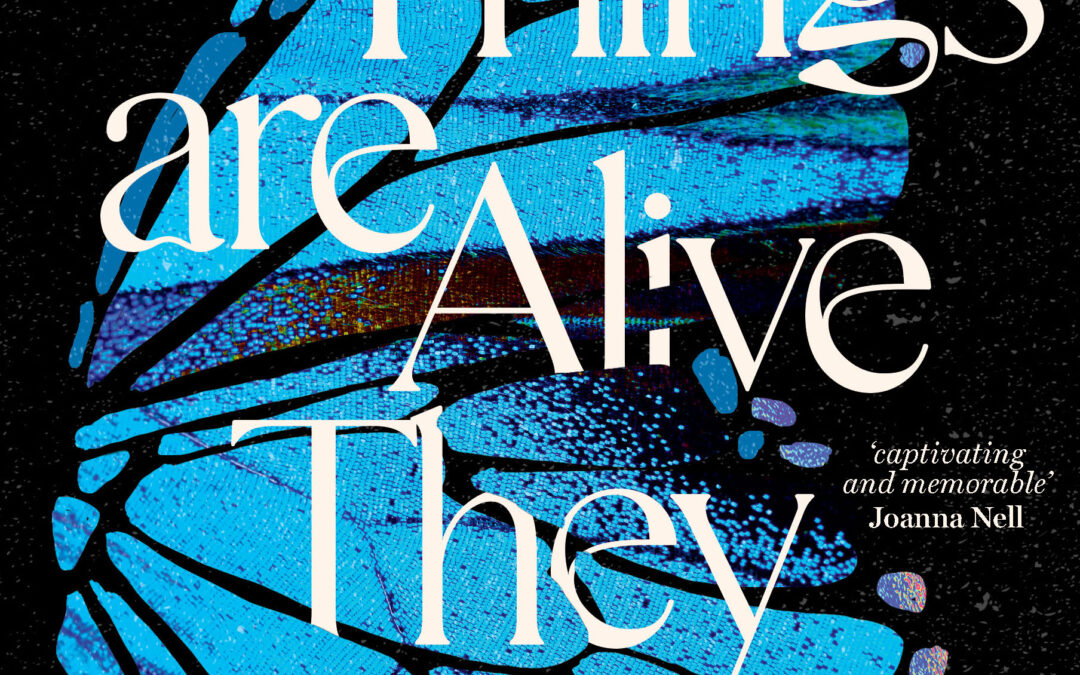 Ultimo Press is a new publishing house that has been operating for about a year now, making its mark as a striking new presence in the literary landscape and signing some amazing authors. What a delight to read what I believe was its first officially published novel When Things are Alive They Hum (Ultimo 2021) by Hannah Bent. The cover, with its bright blue butterfly wings and splashes of silver foil, gives an indication of the magic within its pages. This story is an intense, confronting, heart-warming, vulnerable, moving tale filled with ethical and moral questions, written in beautiful literary language that is a joy to read.

Sisters Marlowe and Harper share a special bond, made stronger and more necessary after the early death of their mother. Harper has Down Syndrome (or, as she calls it, Up Syndrome) and also a heart condition, so she is often hampered by her physical health. Yet she is one of the most upbeat and positive characters you will read in fiction this year. She is simply happy, a state of mind to be envied. Her relationship with her boyfriend Louis is particularly endearing. Her sense of humour is wicked and her optimism and courage are inspiring. Her older sister Marlowe, 25, has chosen to live overseas for a time, partly to escape her father’s new partner (or Stepmonster, as Harper calls her), and partly to explore her own scientific ambitions and reset her life with her partner Olly. But when she gets a call to say that Harper’s heart condition has deteriorated, she returns to Hong Kong immediately, into a frenetic ethical storm about what can be done and what should be done, and whose wishes should hold the most weight. As the situation becomes more serious, Marlowe makes some decisions which will change the lives of those closest to her. She is trying to do the right thing, but begins to question whether her choices are really selfless, or whether she is attempting to atone for the losses in her past.

The blurb states that ‘Marlowe and (Harper) are connected by an invisible thread, like the hum that connects all things.’ This is the heart of this novel – the continuous humming and thrumming of life, of love, of grief, of wonder and of forgiveness. The story is told in alternate chapters by Marlowe and then by Harper, which allows the author to present the thoughts of each sister, and the often different points of view of the same event. Harper’s story is told with special empathy and understanding, informed by the author’s own lived experience, and reads in a beautifully empathic way. Harper’s often simplistic take on events and people mask an underlying wisdom about the world, as if she manages to distil emotions into their most potent and important elements. Her sense of humour lightens every page.

This is an engaging and highly readable and accessible story that, particularly in the second half, takes on a page-turning intensity and gripping import. The characters, and the impossible choices they must make, will stay with me for a long time. The issues of diversity (both in terms of disability and race), and the complex moral dilemmas are canvassed in the most compassionate and gentle ways, with grace and truth, self-reflection and humility. I can guarantee that there will be more than one issue raised in this story that will make you reflect on your own attitudes as you ask yourself the question: What would I have done?