Beyond the Hero’s Journey – Anthony Mullins 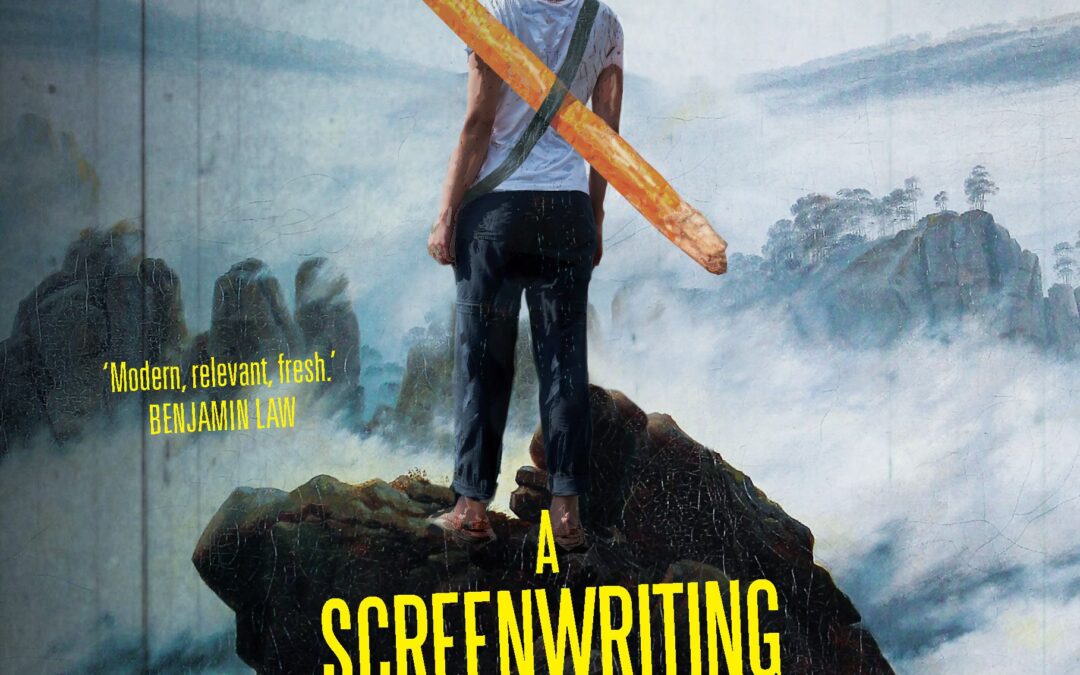 A couple of years ago, I attended a workshop by screenwriter Anthony Mullins all about how a novelist could incorporate screenwriting tools and structure into the writing of a book. It was a great learning experience. The participants told him that he should write a book about it – and so he did! This is the result: Beyond the Hero’s Journey – A Screenwriting Guide for when you’ve got a different story to tell (NewSouth Publishing 2021).

Mullins has a wealth of experience to draw from, including a BAFTA Award, a short film screened at the Cannes Film Festival, writing episodes for television series such as Lost and Safe Harbour, as well as being a script producer and editor, and with a doctorate in visual arts. He knows what he’s talking about!

Beyond the Hero’s Journey is unlike any ‘textbook’-type writing book I’ve read before. It is full to the brim with content, accompanied by very detailed diagrams, but it is also extremely easy and entertaining to read, with lots of practical tips and examples, and much encouragement for the writer, whether they be a beginner or an established and published author.

The central tenet of the book takes the age-old idea of the formula for a story, particularly a screen story – that you have a ‘hero’ and they go on a ‘journey’, all set into the traditional three-act structure (beginning, middle and end). But Mullins interrogates this formulaic idea and explores the many different iterations that can be successfully incorporated into a film or television series (or indeed, a novel) when the author has ‘a different story to tell’. For every writer who has ‘felt frustrated by the neat confines of writing guides’, Mullins uses the examination of character arcs to understand how to ‘explore and excel in telling more complex, intricate and authentic stories’ and – importantly – how to identify your own unique voice as a writer, and how to tell an original story.

The book itself reads like a novel – it’s engaging, it pulls you forward, it is full of information, yet not dense or hard to decipher. It begins with the character of Christopher in The Sopranos and includes detailed analysis of films including Star Wars, Erin Brockovich, The Terminator, The Social Network, The Nightingale, Paterson, Lost in Translation, Lady Bird, Hidden Figures, The Hurt Locker, Thelma and Louise, Moana, The Godfather and more. The arcs of the major characters (and sometimes the minor ones too) are examined in each film, with the constant refrain of ‘Change, Conflict, Choices’. Mullins argues that character arcs are perhaps the most important tool in a writer’s toolkit, ‘because they not only give the story shape and structure’ but ‘they guide its emotional tone and hint at bigger ideas and themes.’

‘When we hear a story and connect with its characters and events and ideas, when we laugh and cry and think and feel, we are connecting emotionally with other human beings … we also connect with the real-life people, places and communities that inspired the fictional story,’ writes Mullins. Looking at heroes and anti-heroes, turning points and act breaks, and the historical truths (and untruths) perpetuated through stories, Mullins asks the reader (or film watcher) in all of us to search out unusual stories, and urges the writer in us to seek out our own original story, told in a voice that is all our own.

Some of the topics covered include: internal and external change; constant characters versus change characters; and pessimistic, optimistic and ambivalent character arcs. He uses a wide variety of film examples to illustrate his points. For example, in the first chapter (Change Characters with Optimistic Arcs) he studies Star Wars, Lady Bird and Moonlight – three very different movies. He looks at what they have in common, as well as how they depart from conventional structure. In this way, he explores the many possible combinations of arcs and characters that we can learn from, and encourages us to analyse films or books ourselves to understand his points, and to then create our own ‘out of the ordinary’, unexpected characters and arcs, so that they are emotionally satisfying and engaging. In his words, ‘art is most exciting when it breaks down our assumptions and shows us another way of seeing the world’.

I particularly like this sentiment: ‘When the story focuses on a particular character and develops their inner life, motivations and choices, it is giving that character a unique point of view in the story. The writer is saying, ‘This person is important. Pay attention to them.’ Similarly, when a change in the story has an impact on that character and spends time focusing on them to the exclusion of others, the writer is saying, ‘Pay attention to this person, this is who we are going to care about.’ That’s because the changes the character experiences, the conflicts they endure and the choices they make will shape the story.’

The book concludes with tips for working with scenes, secondary characters and subplots, and themes, and how we might incorporate them into our own writing, and then Mullins gives some excellent guidelines about writing practice, discipline, nurturing story, finding your people and listening to your (writing) voice.

Overall, I found this to be an extremely compelling and helpful writing book, presented in a humble yet confident way, with lots of great advice and suggestions and practical tips and ideas. I will be recommending it to everyone I know who is – or wants to be – a writer. There are lots of books about writing on the market but only a few of them (Bird by Bird by Anne Lamont, On Writing by Stephen King, The Writer’s Room by Charlotte Wood, for example) stand out as excellent. Beyond the Hero’s Journey can now be added to that list of indispensable and valuable writing knowledge and comprehension.