Dinner with the Schnabels – Toni Jordan 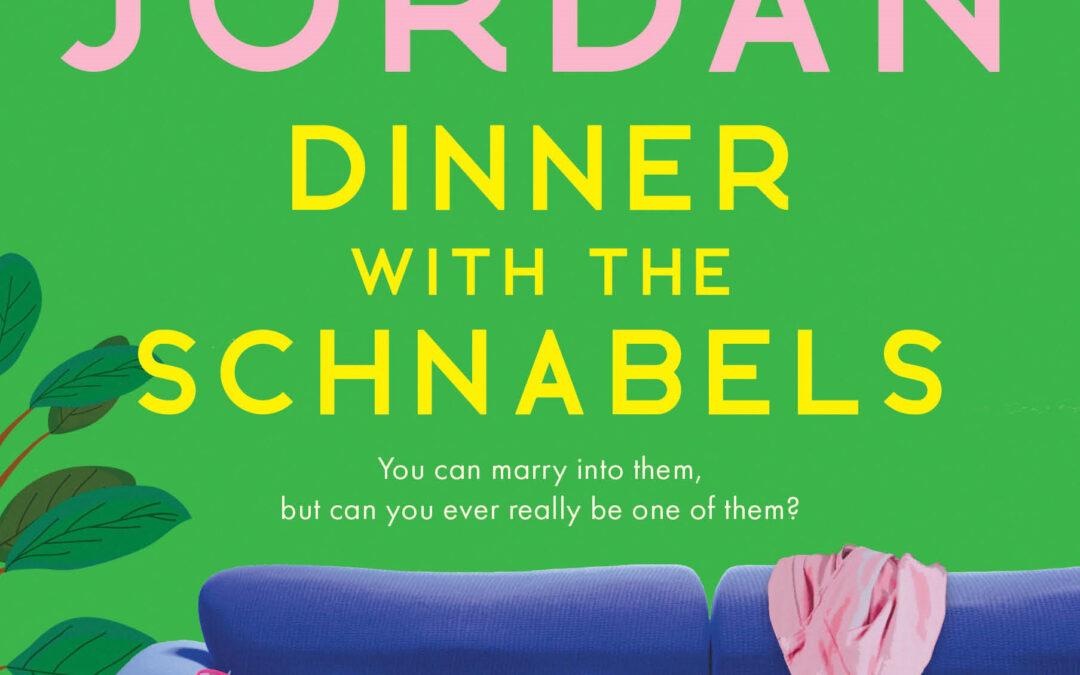 Set over the course of one week, Toni Jordan’s new novel Dinner with the Schnabels (Hachette 2022) is bursting with her inimitable wit, her intimate characterisations and her unmatched examination of the dynamics of relationships. Jordan has written in a number of genres but it is this light-hearted, family-centred comedy of tragedies (also known as LIFE) where she shines the brightest. Her recognition of people’s eccentricities and habits is spot-on. Her dissection of family conflict juxtaposed with love and loyalty is perfect. Her ability to create a character that is familiar in so many ways is a result of many years of polishing her craft and honing her writing skills. Jordan is a very observant author and this results in the creation of characters that are rich, complex, flawed and empathic.

In this novel, we meet poor, put-upon ex-architect Simon Larson, for whom life is going very much not according to plan. He ‘looked like a man adrift’. He is stuck in a middle-aged depression after losing his house and apparently his will to live, but his one goal for the week – taking life one step at a time – is to renovate his friend Naveen’s backyard in order for it to be the perfect place to hold the memorial service for Simon’s former father-in-law. (It’s a long story). If only he can complete this one seemingly Sisyphean task, he will have proved his worth. To everyone.

But the obstacles keep coming.

His wife Tansy is continually on his back, and her mother Gloria – a perfectionist who thinks little enough of Simon as it is – is even worse. Then there are Tansy’s siblings – Kylie, who believes nothing will ever go right, especially if Simon is in charge, and Nick, who is a famous former footballer and the golden (adult) child. Mia and Lachie (Simon and Tansy’s children) are in turns bemused and befuddled by the behaviour of their various family members.

And then Monica arrives; hitherto unknown half-sister to Tansy, from her father’s second marriage. A different look, a different generation, a different set of values – Monica bursts upon the Schnabel scene to attend the memorial and, perhaps predictably, chaos ensues.

Add to this family secrets, hints of infidelity, relationship misunderstandings, a younger cohort of architects that makes Simon feel impossibly redundant, and the ever-present problem of that bloody backyard which – no matter how hard Simon wishes – will just not renovate itself, and you have a ticking time bomb of catastrophe.

If you are already a fan of Toni Jordan’s writing, you will know to expect generosity, compassion, thought-provoking ethical dilemmas and hilariously funny character depictions, along with sparkling dialogue and a complex grasp of contemporary issues. If you have never read her books, I envy you, because you can start here and then go through her impressive backlist, knowing you will find very different stories but always struck through with the same vein of humanity. This is a light-hearted, warm, funny and moving novel about regular people and ordinary situations lifted through her writing to compelling and absorbing stories.