From Where I Fell – Susan Johnson 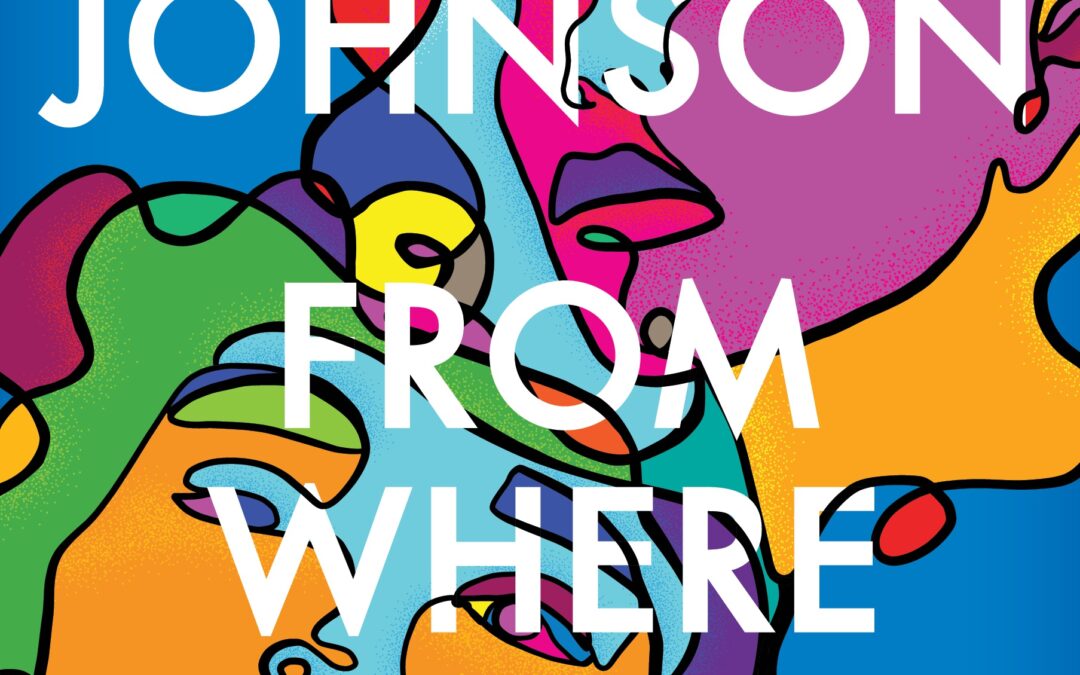 And why shouldn’t the minutia of women’s lives be examined and celebrated in domestic fiction? Men have been celebrating their own domestic lives for centuries! In her latest novel FROM WHERE I FELL (Allen and Unwin 2021), author and journalist Susan Johnson gives us a wise and generous literary account of the lives of two women and their extended families. She takes the notion of domestic fiction, sometimes belittled by (usually male) literary writers and completely owns it, defiantly daring anyone to assert that the intimate details of these lives are anything but vital, important, fascinating and engaging.

The two women at the centre of the story share their turmoil, their inner thoughts, their fears, dreams, hopes, insecurities, idle gossip and astute observations with each other – strangers who have never met, and with the reader. Johnson breaks open stereotypes and sees vulnerabilities and hidden strengths, she parses the practical day-to-day goings-on of these two people and translates them into reflections and meditations on life that are full of wisdom and insight.

Australian woman Pamela Robinson, single mother of three boys, sends an anguished email to her ex-husband in Paris. Her life is spiralling out of control; she fears she is failing their sons. She despairs that ending her marriage was a mistake. She is paralysed by inaction. The email accidentally lands in the inbox of a woman in New York, a teacher, Chrisanthi Woods. Chrisanthi is happily married but immersed in her own dramas with her mother, her neighbours, her erstwhile friends. The two women – meeting by chance through the wonder of the internet – begin a strangely intimate interaction, sharing their thoughts and feelings as they do with no-one else close to them. Secrets and stories emerge. Pamela admits to her feelings of failure and her attempts to reinvent herself after her divorce. Chrisanthi, her own dreams long since extinguished, is contemplating leaving home to find herself again.

The women are polar opposites in many ways, which leads to exchanges that are temperamental, provocative, misunderstood and confronting. The sudden and superficial intimacy created by their personal communications inevitably leads to the sharing of many ideas and feelings that they might otherwise have kept silent.

But their emails are also funny, thought-provoking, exhilarating, fresh, smart, curious and open. They talk about love and loss, about hope and grief, about vanished dreams and daily drudgery. They compare notes on children and aging parents and partners. They recall memories long since tidied away. Because they are physically so far apart, and at the beginning, know so little about each other, this gives them a certain feeling of freedom to disclose issues and to discuss their feelings about events and circumstances that they wouldn’t dream of mentioning to anyone in their own inner circle of family and friends. They have created a safe space, and each woman uses this space in her own way. As time passes, there are missteps and miscommunications, long-buried secrets revealed, declarations of love and friendship, hilarious sharing of stories, the unburdening of loss and tentative steps towards self-exploration and self-identity. Pamela and Chrisanthi both examine their own regrets, their memories, their dreams.

Johnson uses the communication between these two women to thoroughly explore the intimate details of life as a middle-aged woman. While they are in their fifties and sixties, the two prove that the worth of their lives is as interesting, and perhaps richer, than when they were younger. They know more, they have experienced more. Their struggles are informed by their lives so far and all they have learnt, the mistakes they have made and the choices that have defined them.

Susan Johnson’s writing always focusses on the intimate details of people’s lives, often women. Her style is literary, in that she writes beautiful, meaningful and evocative sentences that will make you catch your breath, but it is also extremely accessible, in that you will recognise yourself or your friends and family members. She seamlessly goes from a seemingly banal and ordinary comment about daily life to a pitch-perfect and insightful perception about life in general and its meaning. The author’s international life experience enriches this novel with settings in Greece, France, America and Australia.

The ending, when it comes, is abrupt and unexpected. A shock. As readers, we have become immersed in the lives of these two very different women. We are cheering for them both. They have become our Scheherazades … telling us story after story, layering meaning, asking us to examine our own lives and to interrogate what we see. We begin the story by being dropped right into the middle of their lives, and we end it by being suddenly pulled out of their lives. It is a rupture and a wrench. It is like birth and death, a beginning and an ending. Like life, it is unpredictable and inexplicable. It leaves questions. It is the best kind of book – one that leaves us wondering ‘what happened next?’