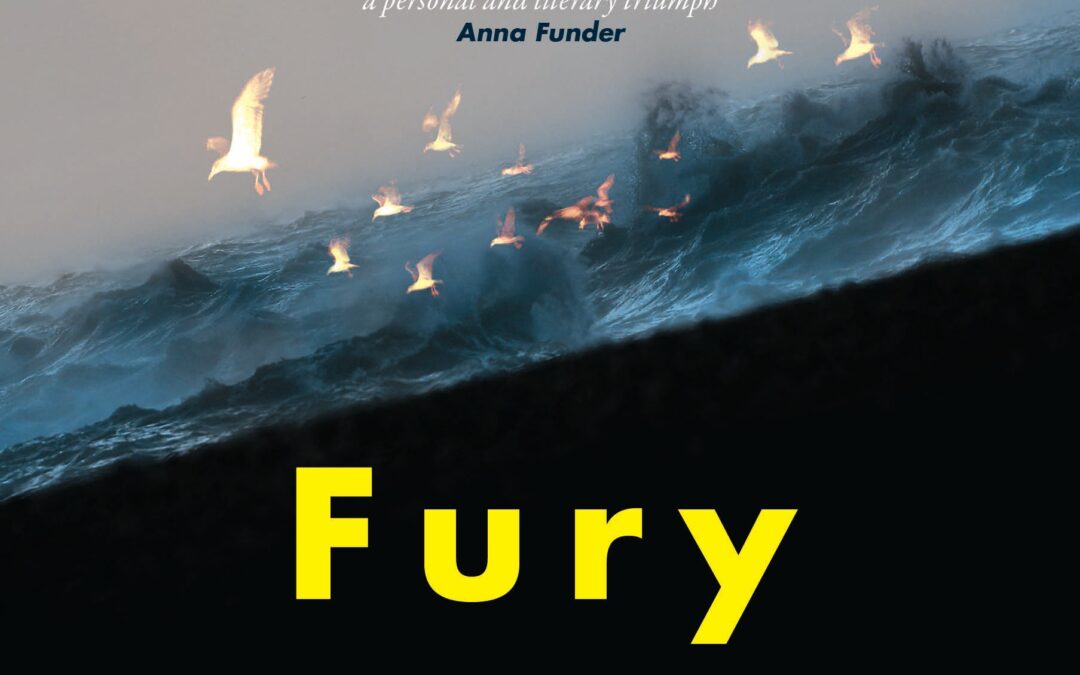 Kathryn Heyman is furious, and she has channelled over 30 years of that emotion into her memoir Fury (Allen and Unwin 2021), a confronting, powerful and triumphant story of abuse, poverty, class and ultimately, the joy of knowing your true self and what you are capable of achieving.

Fury is written with the page-turning tension and drama of a novel, but we are drawn back again and again with memories of real incidents that remind us that this is a story of a life. The action, particularly the scenes of Heyman at sea as a deckhand on the Ocean Thief, energises the narrative in a thoroughly engaging way. And perhaps the most important and compelling message of this book is this: that no matter where you begin in your life and what your origin story, that does not have to define who you decide to become, or the journey you take to get there. There is hope in this story, and triumph, and satisfaction and relief, and that is what lifts this from a memoir that could be terribly distressing and sad to a story of achievement and courage.

The structure of this book is complex and interesting. The themes include sexual abuse and assault, violence, misogyny, prejudice, classism and poverty. The chapters jump backwards and forwards in time, as Heyman recounts various incidents from her childhood, her adolescence, and her life-changing experience on the fishing trawler, which all contrast sharply with her position today as a confident and well-known academic and writing mentor. As she details the events she suffered or endured as a child – particularly as a girl – and then as a young woman, ranging from verbal abuse to public humiliation to rape, the years unspool like a fiction, until we are periodically reminded that this is no fiction, this is a real-life account, a remembering, an accounting, an almost unbelievable number and degree of assaults that are all the more unsettling because they are non-fiction, and the story of one woman’s life.

Not the whole story, though, and Heyman’s redemption marks this narrative as a triumph not a tragedy. Her gradual understanding of who she is, the knowledge she gains through reading, the power she asserts through writing, the years of fury that have built up like a storm into this passionate and urgent memoir leads to her challenge to call out not only the abuse she has suffered, but the culture of abuse and misogyny that still prevails, and her demand that it be rectified and that women are able to have their voices heard.

Heyman skilfully weaves incidents of casual childhood sexual encounters of broken trust, with fleeting insulting accounts with strangers, with the indignities of a traumatic sexual assault trial at the age of twenty. She merges her adult recognition of the poverty and violence of her childhood, and her lack of role models, with her cognitive and emotional development, forged through the bruising physical labour and mental trials of her season on the trawler surrounded by rough working men. And ultimately, she discovers her inner mettle … her determination, grit, resilience and courage that enables her to fight back, to speak up and to demand a different kind of life.

This book reminds us that the traumas suffered by others in their past – and the anguish many still suffer now as a result – are often unknown to us, endured in silence and shame, but that there is yet the chance and the opportunity for any woman (or person) to overcome that shame and to remake themselves as the person they want to be, rather than settle for the person they were made to feel by others. This is a compassionate and important book, and a brave and vulnerable story.