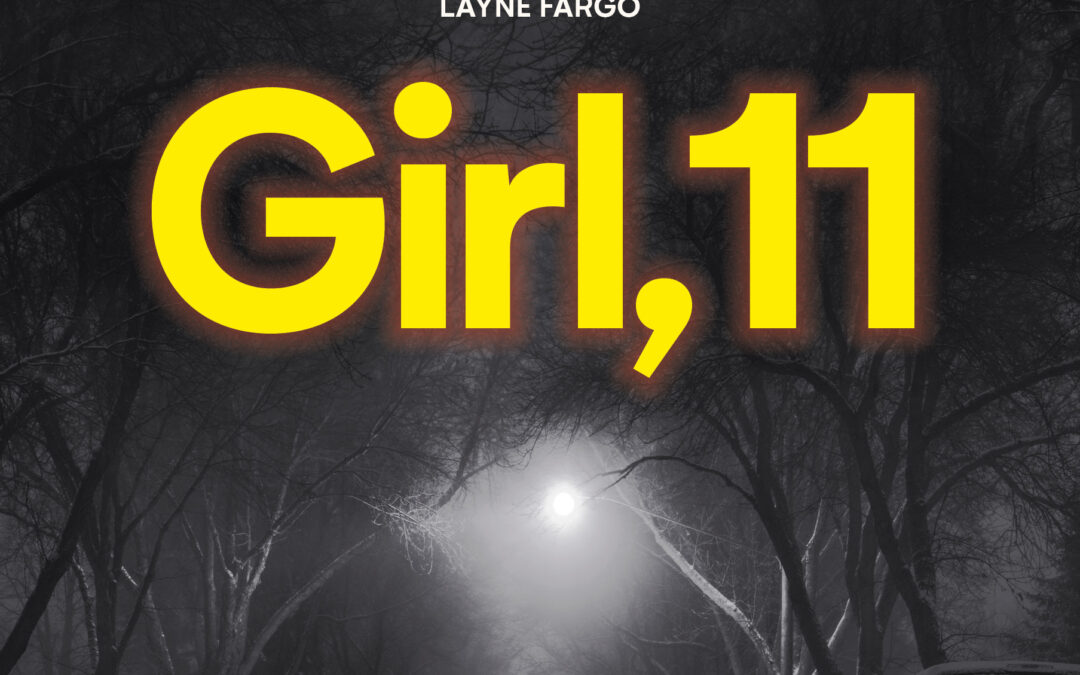 Girl, 11 (Text Publishing 2021) by Amy Suiter Clarke is the kind of psychological thriller murder mystery that you can immediately picture as a TV mini-series. This fast-moving crime novel has a huge cast of characters and a very complicated plot featuring a sinister serial killer/s and their chilling modus operandi.

It’s very obviously a modern novel because it centres around a true-crime podcast run by a former social worker, Elle Castillo – and that’s what makes its structure unusual, because while each alternate chapter is a straight narrative, every second chapter (or so) is an epistolary-type format, with the transcripts of each episode of the podcast, along with voice-overs, music, sound effects etc that have been edited in afterwards. This is quite effective and gives the reader a sense of actually listening to the podcast. Elle has aired four or five series previously but this season is special – she’s investigating the cold case of TCK, or The Countdown Killer, a murderer who operated 20 years previously, ritualistically murdering young girls, each one year younger than the victim before. Weeks into the first season, the tip-line is going crazy and Elle is receiving more than her usual number of emails and social media contacts – some admiring her tenaciousness in tracking down this killer, some berating her for stirring up trouble, and some blaming her for re-victimising the victims and their families, and giving your general garden variety killer some serious new criminal ideas. She follows up on one tip only to find a dead body, and that’s when things begin to get personal. Wondering if TCK is back (or whether a copycat killer might be on the loose) and trying to stay on the right side of law enforcement herself, Elle gets caught up in a dangerous cat and mouse game that is page-turning until the very end.

I found this book required a good deal of concentration to follow the large cast and the connections between all of the characters, both past and present. I enjoyed the introduction of the true-crime podcast element and felt it added interest and variety to the narrative. There were a few relationships or dynamics or happenstances that I found a little too coincidental or contrived, but the main characters were engaging and the tension and suspense is well-crafted, compelling and edge-of-your-set nail-biting anxiety. And the book does pose some interesting questions about survivors and victims, their families, who has the right to tell someone else’s story, grief and loss over the passage of time, suspicion, guilt, memory, the lasting effects of trauma, and the role the more and more popular true-crime platforms play in examining past crimes, unearthing new clues, traumatising people who have already been emotionally damaged, and perhaps unravelling cold-case mysteries that have eluded police and law enforcement for decades.