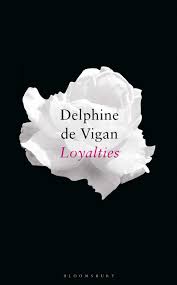 Loyalties (Bloomsbury Publishing 2019; translated from the French by George Miller) is a slim literary novel by author Delphine de Vigan. The narrative is a simple story in short sections in succinct chapters, told from the perspectives of four characters. Theo and Mathis are best friends, 12 years old and keeping each other’s dangerous secrets. Helene, their teacher, suspects something is amiss, but cannot work out how to help, or how to escape her own dark and traumatic past. And Mathis’s mother, Cecile, is trying to understand her son and protect him from bad influences (which in her mind, is Theo) while also coming to terms with the discovery of her husband’s secret life.

These opening lines from Helene in the first chapter give a sense of what is to come: ‘I thought the kid was being abused. I had this thought very quickly, maybe not in the first few days, but not long after the school year began. There was something about the way he acted, how he looked away. I recognise that. I know it by heart.’

In spare prose that gradually ensnares you in the sticky web of deceit and lies, and by questioning all the different loyalties held by the characters for each other, and the complex dynamics between them, this book ratchets up the tension in a quiet but powerful way, coming to a shocking conclusion that is unexpected but somehow what we knew we feared. The characterisation of these flawed people is rich with the interiority of their inner lives. The ending is in some ways ambiguous or unresolved, but that is part of the beauty of this novel: it is whimsical and ethereal, despite its dark and bitter heart.