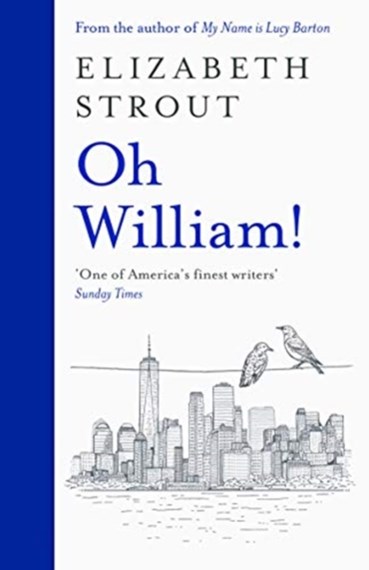 Oh Elizabeth Strout! Oh what a wordsmith! Oh William! (Penguin Random House 2021) is a novel of the same understated but supremely clever dissection of persona as Strout’s other characters Olive Kitteridge and Lucy Barton. And as in Olive Again, where we are given an extended look into Olive’s life, this latest novel Oh William! is a companion book to My Name is Lucy Barton. I say companion because it is not a sequel or a prequel, but a book narrated by Lucy about various times in her life, through from childhood to adulthood, that both include and do not include her first husband William.

A successful writer now living in New York, a relatively recent widow and mother to two adult daughters, Lucy Barton has always had an interesting relationship with William, sometimes refreshing, sometimes defensive, sometimes comforting. But when William discovers an important part of his own ancestry, hitherto unknown, he and Lucy reconnect in that tender and warm way of long-time friends with intimate histories.

This novel traverses back and forth in time; one section on Lucy’s childhood, then an account of William’s infidelity, followed by the death of her second husband, an examination of the dynamics between her daughters and their half-sister, the painful ending of her marriage to William despite the surprising on-again, off-again relationship that has remained. Lucy is forever saying to herself ‘Oh William!’ as she is both frustrated and charmed by the foibles and eccentricities of her former partner.

‘This is the way of life … the many things we do not know until it is too late,’ muses Lucy. And indeed, the story contains many such discoveries, about the people in her life and the lives they led both before and after they met her, stories that she could not have imagined to be true.

Strout’s way of writing is very much as if you are conversing with her in a casual way over a coffee; much like Ann Patchett, she imbues the ordinary with sparkling surprises, and counters the extraordinary with intimate and day-to-day grounding. There is no beginning and no end … this is an extract of life, complete with all its mysteries and unknowable curiosities. Strout is a superb writer who finely balances that line of easy accessibility and literary loveliness.

Oh William! will make you question your own relationships with others in your life and consider whether – over the decades – you have paid enough attention to what is going on around you. Intimate, profound, wise.