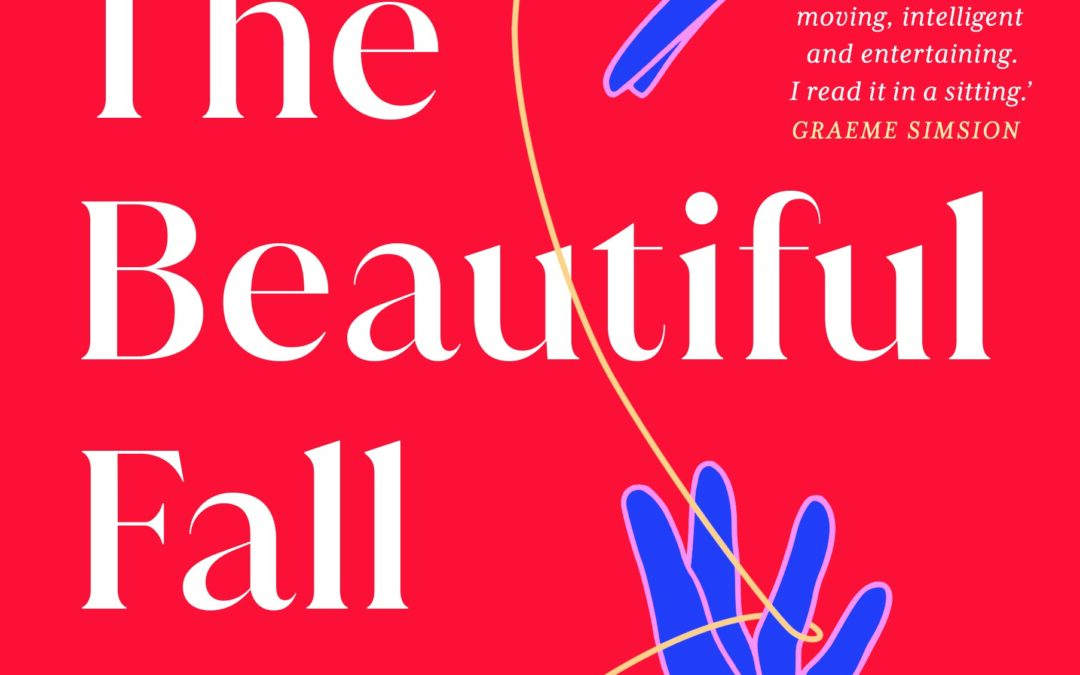 The Beautiful Fall (Text Publishing 2021), the debut novel by Hugh Breakey, is a will-they or won’t-they romance with a difference – underneath the burgeoning romantic liaison is a nail-biting countdown and a puzzle comprised of secrets. This genre-bending book is not easily defined but will appeal to those who enjoy books such as Graeme Simsion’s The Rosie Project series.

The scenes in this book are quite filmic in quality and I imagine the story would lend itself to such a production. Breakey makes use of a page-turning countdown as a literary device to increase tension and it really works due to the high stakes involved.

The story centres on Robbie Penfold, and the opening chapter is a letter he has written to himself which includes vital information he needs to know.  The importance of this letter is because Robbie suffers from a rare neurological condition and for the last few years, every 179 days, he completely forgets everything about his old life and is forced to begin again. This unusual circumstance has led to him leading a very solitary life. Holed up in his apartment, with his groceries delivered automatically and his bills paid via direct debit, he has virtually no need to venture outside, and only does so infrequently. He especially doesn’t go outside as the 179 days are coming to an end, because his fear of experiencing ‘the forgetting’ while outside, away from his familiar home, is frightening. When he does unlock his door, he makes sure he takes a backpack filled with important mementoes and documentation, so that if ‘the forgetting’ happens, he (and perhaps others) will at least be able to read his own notes about who he is and where he lives. One of his worst fears is forgetting, being found wandering, and then sent to an institution. To cope with the disorientation and his fears, his life is regimented and very familiar – same routine, same meals, same daily schedule.

When the book opens, we are at Day 12 of the countdown. Only 12 days left before ‘the forgetting’. And so once we become engaged in the story, every one of those 12 days counts, as it is a race against time for Robbie to achieve all he wants to do before his mind completely shuts down and resets. And it is on Day 12 that something unexpected occurs – Robbie meets Julie, a beautiful young woman who is the first (that he can remember) to get under his skin.

Julie begins helping Robbie with the huge task his previous self has set for his current self, a project involving dominoes that has been created, he assumes, to consume all his time, keep him busy, give him a sense of achievement and a task to complete before he forgets everything and starts over again. But the act of allowing Julie to help complicates matters. Suddenly there is another person for him to communicate with and to consider. As the days crawl by on the countdown, Robbie begins to confront his own fears about his identity and his past. And when Julie reveals her own terrible secret, each of them must face their own truths.

The author Hugh Breakey is a philosopher and this is apparent in the writing of this book. It is full of contemplation, thought-provoking moral and ethical dilemmas, questions about love, loss, lies and the meaning of life. In that way it is a kind of meditation on how we live and who we trust. Robbie must weigh known evidence (eg his pre-written documents) against his instinct. He must balance the things he knows to be true with the feelings that he develops. So it is a book that will make you think. It is also a puzzle of a book, with a mystery to be uncovered. And finally it is a true romance, one written with heart and sensuality, featuring themes of trust, truth, betrayal, forgiveness and self-identity.