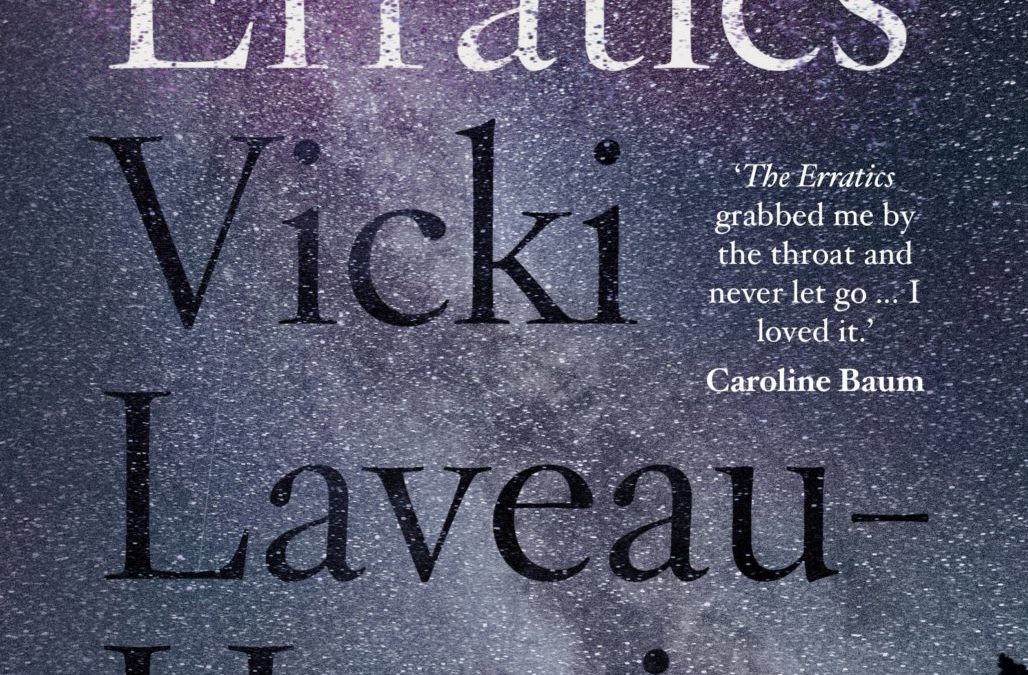 It’s the kind of fantastical story that captures the imaginations of writers everywhere, because – well, because it is so fantastic: a first-time author, in her mid-seventies, writes a book that wins a small prize (the Finch Memoir Prize) which then goes out of print because the publisher folds, but the book is picked up by a major international publisher and almost immediately WINS the 2019 Stella Prize. WOW. The Erratics (HarperCollins 2018) by Vicki Laveau-Harvie is on a literary dream run and it’s easy to see why – not only is the journey of the book’s publication an endearing one, but the story itself – this memoir – is heart-breaking, warm, poignant and utterly moving, with a dark hilarity that is a simultaneously bleak and grim view of the ultimate dysfunctional family.

Vicki Laveau-Harvie has been writing for all of her life, but this memoir is her first attempt at long-form publication. She is now the poster girl not only for first-time authors, but for female authors over fifty. She proves various points: that you don’t have to be published to be an author; that it is never too late; that all writing is practice and nothing is wasted; and that persistence and confidence are key to success. Her win also perhaps says something about writing what you know.
When reading The Erratics, it is obvious this writer is neither young nor inexperienced. It is clear she is a woman with the advantage of years behind her, because this is a wise book, a story that reflects on relationships, expectations, loyalties and family in a way that demonstrates her life journey of many years. Practically, she has lived for extended periods in three countries – Canada, France and Australia; she has completed a whole professional life as a translator and businesswoman; she has continued both her study and her work after her retirement; she has raised children. She has decades of life experience. And it really shows. Laveau-Harvie is able to reflect on her own choices, decisions and prejudices with the wisdom and balance that only life experience brings. She is able to critically analyse her own actions in a way that is frank and funny. She is modest, and self-deprecating; she recognises her own biases and flaws. The fact that she not only navigated the entire catastrophic and tangled mess of her family life, but that she can relate it with good grace and humour, is testament to the judicious and sage acceptance that comes with age.
The other sign that this is a writer in the full bloom of life is her power of description. Laveau-Harvie depicts the gorgeous landscape of the country of her birth, Canada, particularly the Okotoks Erratics in Alberta, with a keen eye and a breathtaking appreciation of the wonders of nature. And I believe it is because she has lived for so much of her life in other places that she is able to accurately capture the beauty she sees, because she has concrete lived examples with which to make comparisons. So, yes, although this is a debut novel, the writer is anything but a debut author – her writing is assured, engaging and compelling.
And what a story she has to tell. After being estranged from their parents for twenty years, Vicki and her sister step into the fray when their elderly mother is incapacitated by a broken hip. This estrangement is not of the sisters’ doing, nor even of their father, but has been mostly instigated by their mother, who will eventually go on to be committed after being diagnosed with severe personality disorders. But before that, she leads an isolated life of lies and assumed luxury, of made-up stories told to neighbours, of disintegrating relationships with friends, and of slowly starving to death her long-suffering and elderly husband, who is too frail to prevent his life crumbling around him. It is only when their mother is hospitalised, and Vicki and her sister begin to make regular visits to their father, that they comprehend the enormity of the problem. As they struggle with medical bureaucracy (from doctors and social workers who refuse to believe their mother even has any children), to managing the family finances in the face of the unbelievable and complicated red-tape their mother has tied around every aspect of her and her husband’s lives, these sisters attempt to save their ailing father and to assist their mother, despite her best efforts to resist, and her complete contempt for them and what they are trying to do.
If ever there was a flagship example of blood being thicker than water, this is it: these two women, well past middle-aged themselves, with their own families to care for and their own mental health to worry about, nevertheless do everything they can to provide the best care possible for their parents, and to make decisions in their best interests, even when it flies against all their intuition, when it competes with the terrible treatment that they have themselves been dealt, and when it costs them – financially and emotionally – to do so.
While they were children, their mother’s favourite phrase was ‘I’ll get you and you won’t even know I’m doing it.’ This sharp and cutting memoir about disinherited and abandoned children, who nevertheless come to the rescue when needed, explores the shape of families, the legacy of abuse and the indomitability of the human spirit.