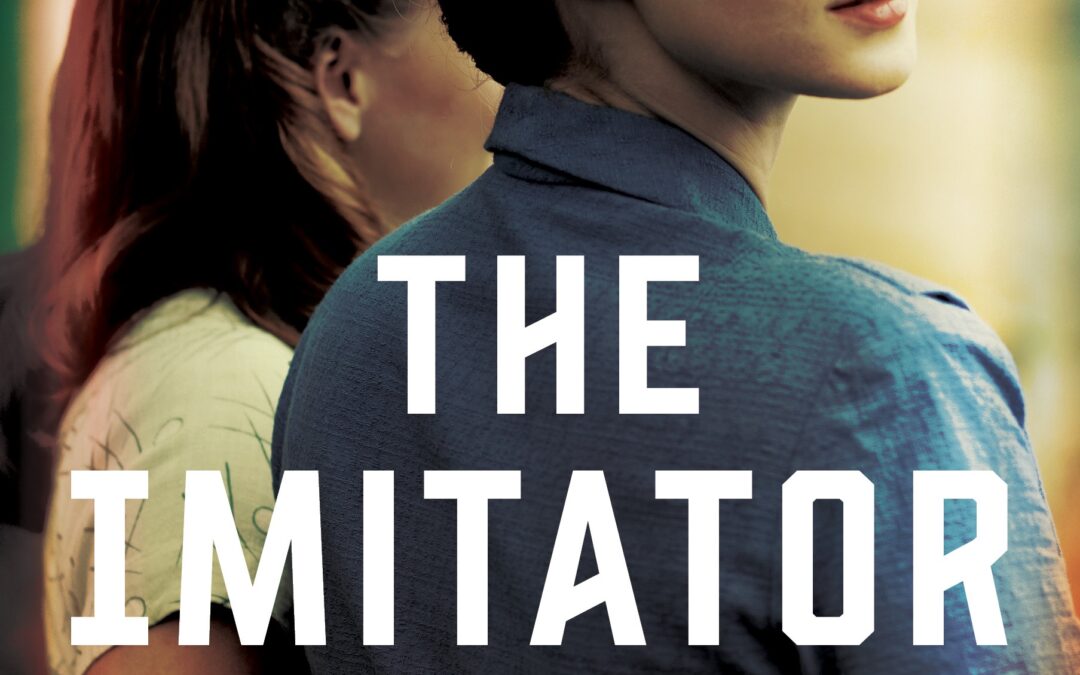 Although The Imitator (Allen and Unwin 2021) is Rebecca Starford’s debut novel, she is not without a writing track record, having published a memoir and also being the publishing director of Kill Your Darlings literary journal. This depth of experience, and no doubt her many and varied readings of other people’s work, has honed her writing skills to the point that this novel feels more like an accomplished work by an established author rather than a first novel.

Written in luscious, descriptive and evocative prose, informed by intensive research and curiosity about World War Two espionage, and driven by a page-turning and suspenseful plot, The Imitator is a novel of secrets and spies, love and longing, ideology and zeal, courage and choices, betrayal and loyalty. It is also about female friendship, and how that might be tested in the most egregious way.

Set in a dual timeline of 1940 and 1948, the narrative shifts between the two periods of the beginning of WWII and several years afterwards. It opens by introducing us to the main characters in 1948 – there is mystery and intrigue there but as readers we can only guess at what history or backstories have led to the conflicted and strained relations that we first encounter.

The main story takes place before the start of WWII, with schoolgirl Evelyn Varley completing a scholarship at a posh boarding school (while feeling out of place), and then a degree at Oxford, becoming – by 1939 – ambitious, clever and excited about what opportunities might await her. With the spectre of war becoming more real by the day, Evelyn is recognised for her brilliance and her unusual capacity and is recruited by MI5 as part of an elite espionage and counterintelligence operation that is investigating British subversives. Evelyn receives further training in observation, subterfuge, and impersonation, and is given the dangerous mission to infiltrate an underground group of Nazi sympathisers who want to form an alliance with Germany.

This is where the story becomes emotionally complicated. Evelyn’s role is to befriend people then to betray them, a goal with obvious intellectual and emotional conflicts. No matter how bad these people are, or how desperate their intent, she still – inevitably – sees them as people, even as people she comes to know as friends. And she knows they like and trust her. To betray them, then, even for the sake of her country, seems an impossible and maybe unconscionable act.

Evelyn’s very nature assumes a duplicitous aspect, and her own truth and lies become so entangled that she is unsure herself where her loyalties lie. This is especially true when it emerges that a close friend is somehow involved or caught up in her mission, and Evelyn must make some truly heartbreaking choices about loyalty and duty.

This book is a fascinating insight into the role of women during the war, particularly their positions as spies or infiltrators. Just being female was often the perfect cover for some operations, although in the end, even brave and outstanding performers were expected to return to the dull work of typing and making phone calls once their role was complete. Evelyn is certainly not content to accept that; she is part of the generation of women that was just beginning to assert their independence and to demand rights and positions previously deigned as the privilege of men. The Imitator is inspired by real-life operatives and the details are authentic. The dialogue is very much of the time and adds to the rich layers of each character. The second half of the novel especially builds to a taut and tense atmospheric climax, in which Evelyn must confront not only her erstwhile friends and enemies, but also her own divided loyalties, and perhaps even her misguided beliefs. The conclusion is unforeseen and shocking.