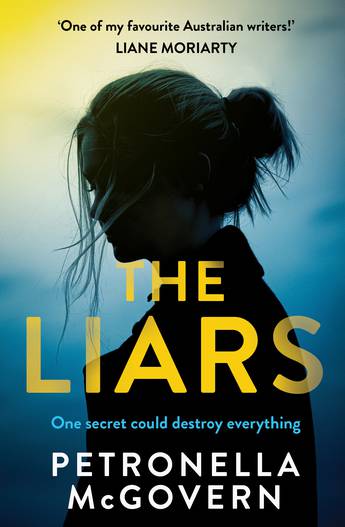 Author Petronella McGovern has her finger on the pulse of contemporary Australian crime writing. Her latest novel The Liars (Allen and Unwin 2022) is a complex mix of difficult family relationships and the unique dynamics of a small country Australian town, all set against the themes of race relations, colonialism, past trauma, more recent adolescent misogynistic behaviour, rape culture, violence and the covering up of secrets. There is a lot going on in this story!

It all begins when 15-year-old Sienna Britton discovers a skull near a cave in a national park. She believes it’s a reminder of the town of Kinton Bay’s traumatic and violent colonial past; massacres and crimes covered up for hundreds of years. But her parents – and others – believe it more likely to be the remains of a student who went missing decades ago, in the 1990’s, when the area was known as the Killing Cave, and was the site of wild parties and drunken abusive behaviour that has been covered up and persuaded by most to be forgotten.

When Sienna begins not only digging around, but also posting her findings on YouTube, the silence, deceits and lies of the past threaten to engulf her and her family. As the story progresses, chapters are provided by more characters: Sienna’s mother Meri, her father Rollo, and investigating Detective Poole, and the story expands to include more and more traumatic details from the recent, and the not so recent, past. Towards the end, there are so many characters involved as possible suspects, victims, perpetrators or witnesses that the reader is discombobulated with the threads of possibility as to how this story will resolve.

Also included are regular chapters by Sienna’s brother, Taj, which consist entirely of short and quite beautiful reports he writes about the life of whales, which connect with the section titles, which also feature whale behaviour, the history of hunting and whale conservation. This seems an unusual addition, but its relevance becomes apparent towards the conclusion.

The other inclusion is short, italicised sections from the point of view of someone initially anonymous, but as the book proceeds, the importance of these interjections becomes obvious.

The title of this book sums it up succinctly – everyone is a liar, in some form. They are either lying about the past, lying about the present, lying about themselves or living some form of denial about who they are and what they have done. The book is twisty and complicated and will satisfy the needs of any crime reader looking for a book that will keep them guessing until the end.