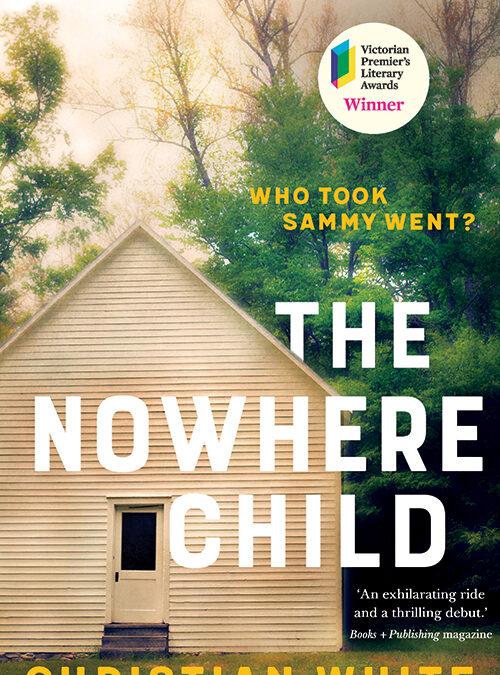 I have long been a fan of Christian White’s work but somehow never read his debut … until now. The Nowhere Child (Affirm Press 2018) is a classic Aussie crime novel that moves seamlessly between the US and Australia as a woman attempts to uncover her dark past.

Sammy Went disappeared in Kentucky when she was two years old. Twenty-eight years later, Australian photographer Kim Leamy is approached by a stranger in Melbourne investigating Sammy’s disappearance, with disturbing photographic evidence that Kim may indeed be Sammy. At first dismissive of the suggestion, as Kim begins to probe into her safe and ‘normal’ life and childhood, questions arise that spook her enough that she too begins to wonder whether her identity is as clear-cut as she has always assumed. Leaving her own confused family, she travels to America to find out what she can about Sammy’s family, and uncovers a sinister and dark history with more twists and turns than she could ever have imagined.

This award-winning novel, by the author of the acclaimed The Wife and The Widow, is a must-read for crime aficionados. Moving between two timeframes, and canvasing contemporary issues of isolation, shame, prejudice, obsession and desire, The Nowhere Child is taut, tense, suspenseful, well-plotted, disturbing, unexpected and surprising.