The Others – Mark Brandi 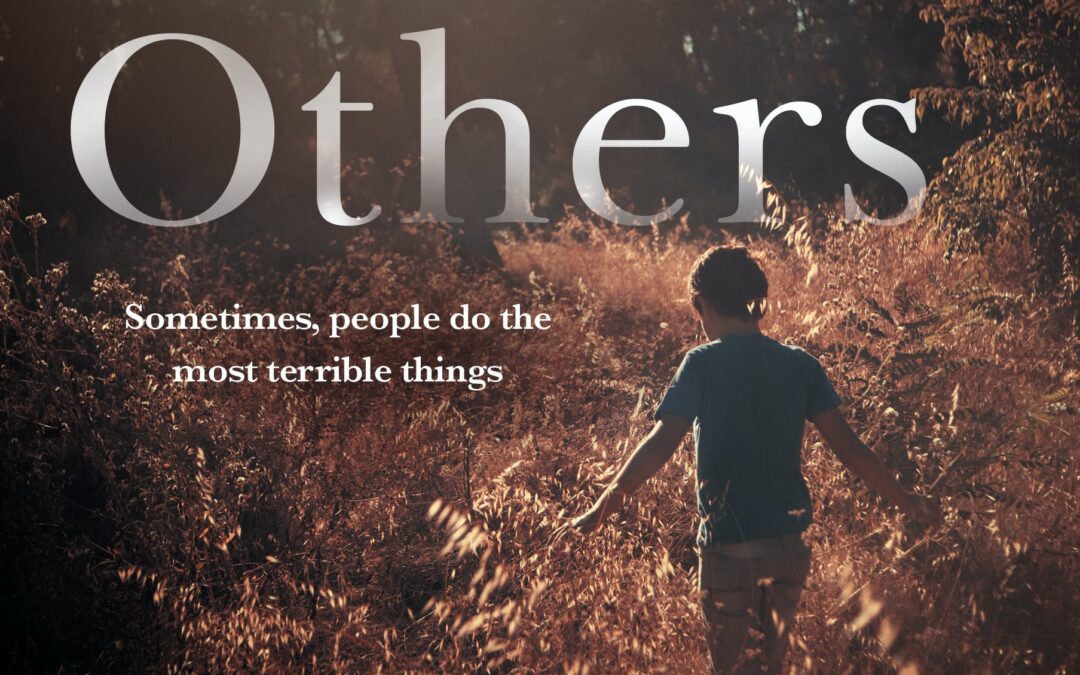 Mark Brandi’s eagerly anticipated third novel The Others (Hachette 2021) is another genre-bending mix of crime, literary fiction and suspense. The story is told in the form of a diary written by 11-year-old Jacob, who lives with his father on the farm with the sheep, the goats, the failing crops and the drought-stricken dam. His father has given him the diary to record important things that happen and what they mean.

But Jacob only really knows what his father teaches him, or what he reads in the encyclopedia or the dictionary. The two are isolated from The Others, apparently because of some sort of dystopian near future that has left them to fend for themselves. In survivalist mode, hunting and killing their food, supplemented by the father’s occasional foray into the dangerous place where The Others live, and where Jacob is forbidden to go, the two are often hungry and lonely, and Jacob’s father is often angry or sad. His father has sworn to protect Jacob from the terrible things that lie beyond the hill … but Jacob learns that sometimes people close to home do terrible things too.

The strength of this novel is the spare, sparse, simple and distinct voice of young Jacob, who narrates in a similar style to Sofie Laguna’s child protagonists. He has little information about the world at large and even less insight into what he experiences. He trusts his father implicitly. But then, he knows no other life. The narrative gradually builds with a deliciously sinister sense of creeping dread, with the focus on the two main characters and an intensively intimate and interior viewpoint. The prose is very simple, as written in Jacob’s voice, and as such leaves much space for the reader to interpret what Jacob is seeing or hearing, but with our own adult experience. At times I found the dialogue and Jacob’s writings almost too simple and would perhaps have liked more – perhaps from the father’s perspective? But I can understand why Brandi has written in this style (in a similar way to his previous books) and it definitely carries the reader along once we are immersed in Jacob’s world. As the tension increases and the stakes become higher, the possibilities surrounding the actual situation (versus the situation we are at first presented with) become more obvious; the ending or resolution is a little predictable, in that it makes perfect sense, but it also manages to be a surprising and unusual twist. Brandi has subverted the norm and what we thought we were reading gradually morphs into something completely different. This makes us rethink everything that has gone before.

There was some commotion about the foxes in the book, given that it is set in Tasmania, where apparently there are no foxes. But after a bit of googling, it seems it is unclear whether they were perhaps introduced as an exotic species at some point, and I suppose – in the end – this is a work of fiction, so if Brandi wants foxes in Tasmania then he can certainly write them into the story. That is what fiction is, after all.

The story is accompanied by Jacob’s hand-drawn figures; I’m not sure whether or not this added anything to the words.

The last section of the book, entitled ‘later’, bookends neatly with the prologue, and while I didn’t mind receiving this extra scene, I would have been quite happy for the story to have ended at the last chapter, leaving the rest to my imagination.

The evocative sense of particular place is very strong and well-written, and we can easily imagine Jacob and his father and the place they call home. Brandi writes in a very sensory manner, with the smells, sounds, tastes, sights and physical touches presented as sharp, bright, pungent, poignant and authentic.

Each of Brandi’s books have been not quite crime, certainly not procedural or traditional crime, but still in that genre, while also being literary. Crime readers will enjoy this slightly off-kilter representation while other readers who don’t normally read crime may also enjoy this narrative that weaves in sinister elements with Brandi’s signature themes of family, belonging, trust, betrayal, mental illness and the complex relationship dynamics between characters.