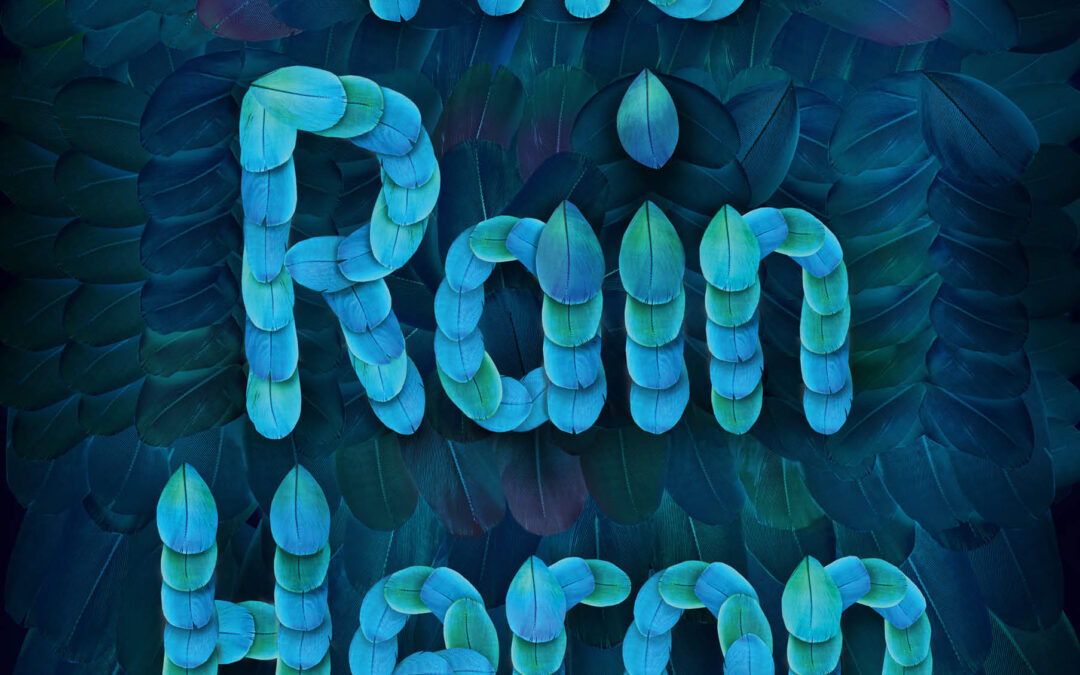 Robbie Arnott’s novel The Rain Heron (Text 2020) is a brilliant, evocative and imaginative work of fiction that is so strange and unusual it almost defies description.

To read this book is to suspend your disbelief and immerse yourself in another world, another time, another place. Set sometime in the future, the story holds echoes of the past in its exploration of myths and legends. This is beautiful literary writing that transports the reader to a realm where extreme violence and survival is juxtaposed with gorgeous images of magic realism. The two blend to become an engaging narrative of light and dark, of joy and sorrow, of dreams and reality.

The novel begins with a compelling prologue told as a fairy tale or myth – the story of the rain heron, how it came to be, what it represents, the power it holds and its role in the interplay between nature/environment and humans. A stunning, exotic creature, the rain heron is unlike any fantasy creature you could imagine and yet, in Arnott’s skilled hands, it becomes as real as a rock, a stream, the ocean. It is the impossible made possible.

And it is the cause of all the trouble.

Or rather, humans’ greed for the rain heron and what it can provide brings the trouble.

Ren lives alone on the mountain, in a country she no longer recognises after a coup has altered society in a devastating way. Soldiers patrol the towns and rural areas; violence and cruelty are an everyday occurrence. She survives by hunting, growing her own food, and trading her wares with a local man to obtain items such as medicines. She lives in isolation and with a head and heart full of secrets – her past is a tender wound that refuses to heal.

A young soldier is sent to the mountain on a mission to find the mystical rain heron, and Ren is identified as being of value to the quest. Ren wants nothing to do with soldiers or their methods; she has no interest in their assignment. But they are persistent, and soon Ren finds herself inextricably linked with the young soldier, and with the mission. Their lives are connected, in more ways than they know. As each struggles, Ren with her resistance and the soldier with her ambitious goal, they must confront their fears, their guilt, their regrets and their lost loves. Arnott uses the past skilfully interwoven with the present to give us layer upon layer of meaningful background.

Parts of this story are utterly horrifying and terrifying, a frightening glimpse of the abhorrent cruelty of which humans are capable, their relentless drive to fulfil their ever-expanding desires. Other parts are exquisitely tender and moving, as characters reveal shades of themselves that the reader – and perhaps even the character – didn’t know existed.

The language is at times sharp and cutting, at times warm. The reader is buffeted about from one extreme of emotion to another. The dialogue is authentic. With strong themes of redemption, guilt, betrayal, survival, greed, determination, domination, friendship and wonder for the natural world, this ‘ecological thriller’ (as described by Readings) is a thought-provoking meditation on human desire and its effects on the environment, a suspenseful page-turner, and the kind of new, risk-taking literary fiction that ignores all boundaries and writes itself a new genre with impractical parameters that nevertheless somehow all come together and work.

This novel will be nothing that you expect and everything you thought impossible.