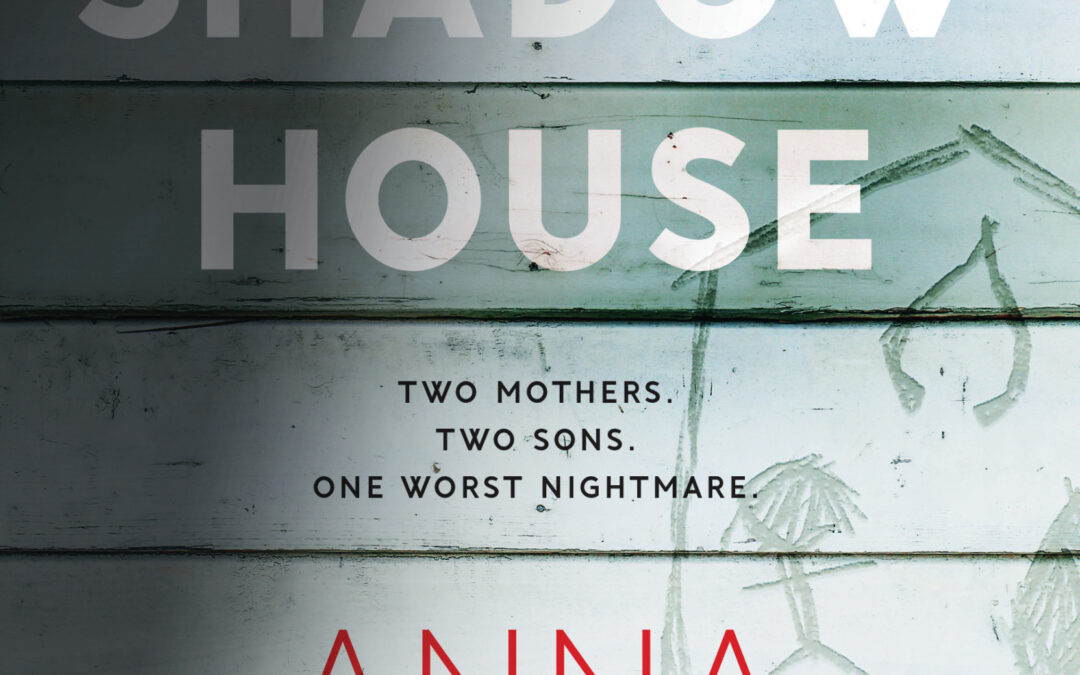 From Anna Downes, the acclaimed author of The Safe Place, comes another contemporary psychological thriller The Shadow House (Affirm Press 2021). This disturbing novel features contemporary themes with gothic – perhaps even supernatural – overtones in a page-turning story told through dual narrators and with both past and present storylines.

Once again, Downes has succeeded in presenting a relatable protagonist with similarly recognisable characters, families and situations, who nevertheless face confronting and eerie circumstances that they struggle to explain or accept. The reader is swept along with the incredulousness of the characters as they try to comprehend the strange happenings and whether there is an innocent explanation or more sinister forces at play.

Alex, the main narrator, has escaped an abusive relationship (or has she?) by moving with her teenage son and infant daughter to the prospect of safe haven in a newly developed ecovillage. Situated in a rural area on the lands of a previous flower farm, with the original farmhouse still standing on the hill, Pine Ridge is a place for those who wish to live a changed, sustainable, equitable and different sort of lifestyle. Its founder, Kit, is a charismatic character who seems to have everyone under his spell. There are quite a few strong female characters in the village, and some seem to have ulterior motives, secret pasts or eccentric beliefs. And the long-abandoned farmhouse holds its own secrets and shadows.

The second narrative concerns Renee, who lived in the farmhouse some years earlier when the property still operated as a flower farm. Renee is mother to Gabriel, who legend has it, disappeared without trace from the farm. The local children believe he was taken by the ‘witch’ who still haunts the surrounding forest, and who leaves strange, symbolic ‘gifts’ of dead animals, dolls and blood to warn of her next victim. Renee’s pain, loss and grief are palpable and unnerving; the vanishing of her adolescent son is a mother’s worst nightmare.

When present-day Alex begins to receive the same frightening ‘gifts’, she fears for her teenage son Ollie, and while in her rational mind she knows there must be some logical explanation for the weird occurrences, her gut instinct is steered by the rumours and stories around the witch, and she is determined to uncover the truth before it is too late. The two women’s stories converge with both of them anxious about their sons, unsure how to reach typical adolescent boys who are aloof, disengaged and uncommunicative.

With potent symbolism, dangerous beliefs, superstitious myths, creepy characters and inexplicable events occurring in the midst of a progressive ecovillage developed to counteract climate change, waste of resources, social isolation and community friction, the reader is torn between what is quite clearly practical and true, and what is unlikely and yet somehow plausible. The impossible versus the probable; the unknown against the hard facts.

Downes has a great sense of humour and this again shines through in The Shadow House, with her ear finely tuned to light-hearted banter, simple but authentic dialogue and the reader allowed access to Alex’s inner thoughts and self-doubts, her searing criticisms of others and her inner critic that second-guesses herself at every turn.

This is a great read – a combination of psychological thriller, crime, a dissection of family dynamics and an exploration of community ideology and the practical implications of strangers working together towards a common goal. A large cast of characters (in both timelines) keeps the reader guessing as to who is victim, who is perpetrator; who can be trusted and who must be avoided. A cautionary tale about monsters in the woods, lost boys, grieving mothers and nightmares that might just come true.