The Sun Walks Down – Fiona McFarlane 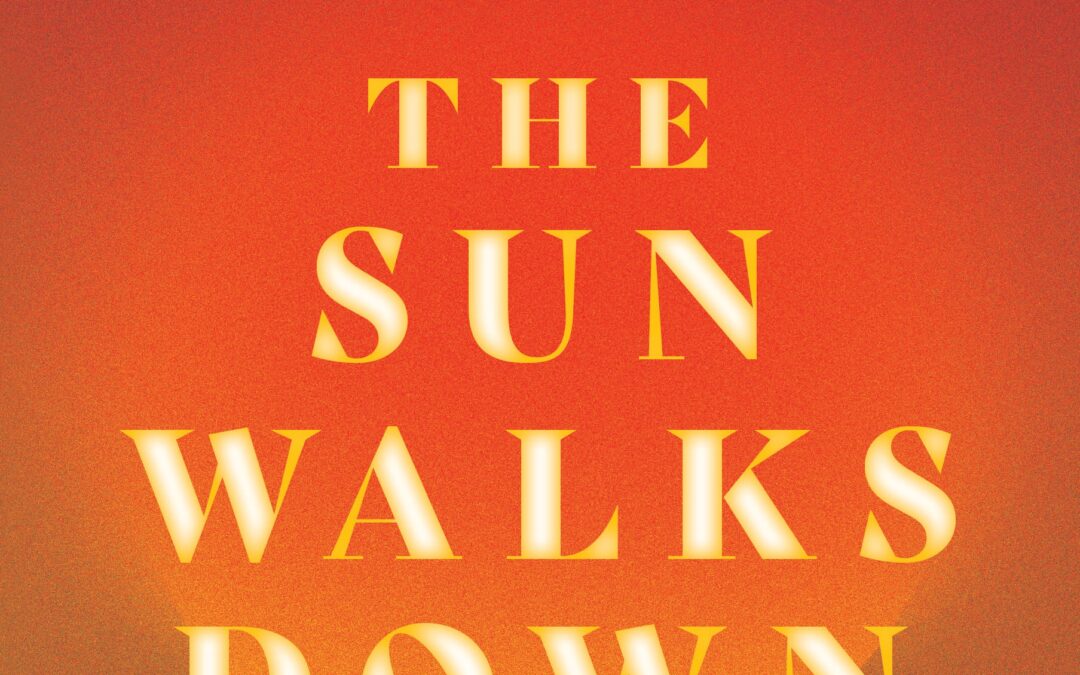 The Sun Walks Down (Allen and Unwin 2022) is the latest release by author Fiona McFarlane, who was shortlisted for her debut novel The Night Guest (I still think about that tiger…) and won the international Dylan Thomas Prize for her collection of short stories, The High Places. The Sun Walks Down – praised by Ann Patchett, Kate Atkinson, Michelle de Kretser, Sofie Laguna, Emily Bitto, Malcolm Knox and Evie Wyld – is an extraordinary Australian classic historical novel written in beautiful language with a cast of compelling characters. The reader is completely immersed in rural South Australia of 1883, when a child goes missing in a dust storm and the whole town is intent on finding him.

The curious and intimate lens which McFarlane provides, through which the reader is privy to the thoughts of multiple characters from many viewpoints, is a perspective that reminded me very much of The Dressmaker by Rosalie Ham. The town of Fairly is full of eccentrics – the odd vicar, the swooning newlyweds, Aboriginal trackers, diligent policemen, cameleers, a prostitute with a donkey, brilliant artists, inquisitive children, schoolteachers, widows, grandmothers, landowners, farmers and maids – the list goes on and on. With expert skill, McFarlane shepherds these disparate and unusual personalities and weaves them into a thrilling and complex narrative that is set amidst the never-ending sun-baked land, under vivid skies with painted sunsets, and dangerous dust storms in which someone might become lost forever.

The book opens with the line: ‘The boy met a god by the hollow tree.’ Pale, six-year-old Denny Wallace is collecting eggs when a huge dust storm – a ‘high, dark wall’ – approaches him. When it has passed, he has lost his way. His mother sees no sign of him. The word spreads on the bush telegraph that Denny is missing – lost? Taken? Lying injured somewhere? Worse? – and the entire town rallies to find him, in an almost comedic/tragic mission that is uncoordinated and loose, with misinformation, misunderstandings, and many egos determined to return as the rescuing hero. Denny’s situation interrupts a wedding, forces men to remove their focus on their failing crops, encourages mothers to take a tight hold of their own children even while having to relinquish control over others. This is the sort of event that brings a community together and allows individuals to shine; it also causes distress and upset, false accusations, thinly-based rumours and scandalous gossip. Set over the course of one week, this almost mythological story of a missing boy in the colonial outback is assured and confident writing with elegant depictions of place.

The writing is superb. One example: ‘Foster (a policeman) speaks as if the history of the country depends on him entirely; at the same time, there’s the delicate suggestion that he’s been inadequately rewarded for his efforts. He has, after all, written three books! … Joanna sees that she underestimated the sergeant when she thought he’d need constant reassurance. He merely requires her presence in the room.’ Or this: ‘The dust storm rose up in the central deserts. In order to reach the boy and his mother, it passed over the ridges, valleys and gorges of the northern Flinders Ranges. These ranges were laid down, long ago and slowly, in layers of rock: limestone, for example, sandstone, quartzite…they were laid down by time and water, folded into great peaks by the movement of the Earth, and in the aeons since then have been worn by time and water back to stumps. The European settlers, who came to the ranges in the 1840’s, sometimes refer to them as hills, but this is too reasonable a word for the serrated ridges and startling inclines of this dusty, dry country. These are ancient mountains – so old that they’ve collapsed in on themselves, as stars do.’

For the first third of this book I was completely captivated by the descriptions of place and country, and the teasing glimpses of the multitude of characters who people the landscape. By the middle of the book, I was invested in the lives of each and every character, and thoroughly enjoying the multiple points of view that McFarlane uses to dip in and out of their days. And towards the end, I was desperate to find out what had happened to Denny, and whether this story would end in tragedy or redemption.

There are some strong female characters in this book, particularly Cissy (Denny’s brother) and their mother. McFarlane provides an insightful exploration of colonialism and the indigenous experience, pulling no punches when depicting the harsh conditions of settlement life and the complex relationship between Aboriginal people and the white people who invaded their country: the disdain paired against the necessity to rely on the natives who knew their country best, the unlikely friendships illustrated against the social and class and racial distinctions that ruled at that time. We understand a child’s naïve and imaginative view of the world. We see First Nation’s people with all the wisdom of the ages being treated as slaves and subordinates, though they see more than the white people will ever comprehend. We see women, ever patient and reliable, disallowed to express their minds. Power, grief, desire, friendship, courage, determination, resilience, compromise and ambition are all themes explored in this haunting tale of dispossession, loss and family. A remarkable novel.