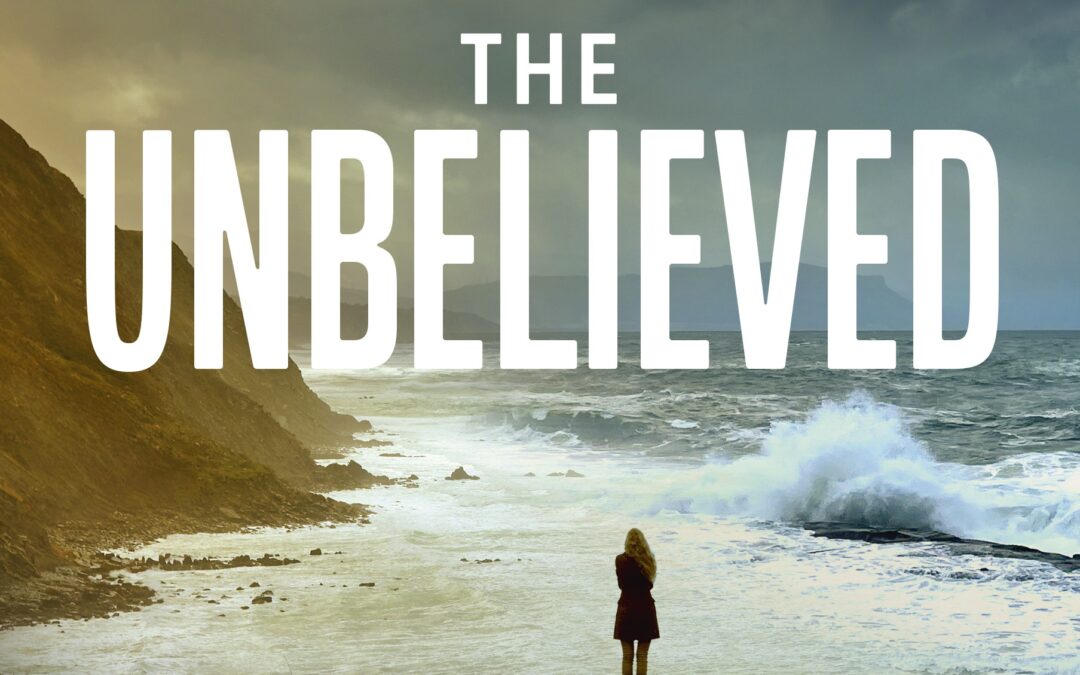 Author Vicki Petraitis has used her background in researching and presenting true crime through books, podcasts and TV shows to inform her writing of her debut fiction novel, The Unbelieved (Allen and Unwin 2022). Very much a police procedural, this book intersperses recorded interviews and reports within the narrative to produce a fast-paced thriller featuring Senior Detective Antigone Pollard.

Returning to the sleepy coastal town of Deception Bay, where she grew up, Antigone is still in shock and grief after a previous case went horribly wrong in Melbourne. With the memories still haunting her, she hopes the relocation will help her reset and recover. But only a month after her arrival, she is attacked by a would-be rapist at the local pub, and when she does some digging, she discovers that there has been a string of similar attacks in the area, and that no-one has been convicted.

What’s worse is the wall of silence and push-back she receives when she attempts to investigate. The misogyny and male hierarchy are well in place in Deception Bay, and the local women are wrapped in a group cloak of denial and fear.

The best part of this novel is the character of Antigone, with her trusted (ex-police) dog Waffles. She is strong, determined, funny, brave and sensitive, and she is truly not to be messed with. Her persistence in pursuing these crimes is dogged and laudable. Petraitis writes her, and her relationships with the other cops, with the experience of someone who has met with and studied a lot of police dynamics.

The Unbelieved carries themes or messages about victim shaming and blaming, violence, family abuse and male privilege. The previous crime in Melbourne shares the pages with a violent suicide-murder from 10 years previously, and the current sexual crime-wave, all contributing to the themes of male-perpetrated violence, and the fates of victims and those charged.

I found the novel a little contrived or didactic in places, as if the author was cramming in everything she has observed from the past 30 years of investigating into the one story, with the result that the situations and characters were occasionally stereotyped. This is not uncommon in debut novels. The advantage of Petraitis’ fiction writing is that she is able to convey important statistics and facts (that might otherwise be dry) through the more palatable form of a fictional narrative, such that readers are being informed whilst being entertained. I am keen to see where this author goes next in fiction, perhaps delivering a narrower and more distilled narrative in her second book.

But this small criticism is tempered by the authentic and likeable character of Antigone Pollard, who I hope may appear in future novels. She is a strong, formidable and determined woman who is a role model for those around her. I also love the quirky chapter titles, such as Justice is Blind, You Can Never Hide the Swelling, The Naughty Boy in the Attic, A Hall Full of Women with Cake, and Dimitri’s Lemons, which are often disguised references to an unexpected and sometimes humorous section.

Here is yet another debut by a female Aussie crime writer; Petraitis joins a host of other authors who write with authority and feeling about contemporary rural crime.