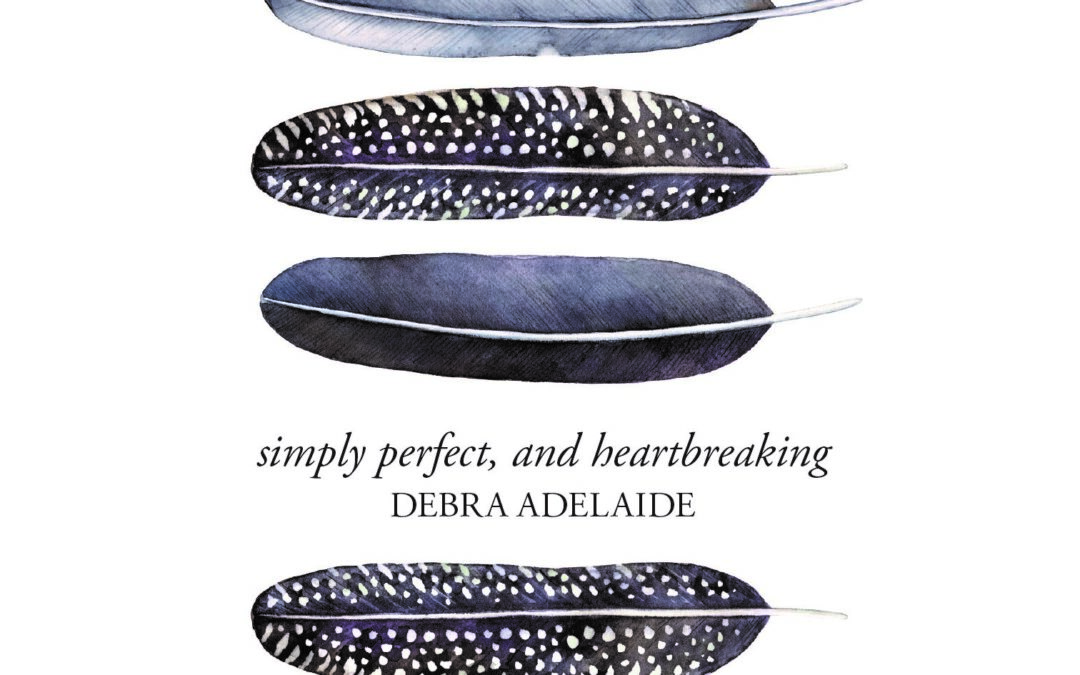 Oh, my. This book. Wow. Murmurations (Spinifex Press 2020) by Carol Lefevre is a slim, stunning, literary marvel. A masterclass in characterisation. A beautiful and poetic novella.

If you love Olive Kitteridge by Elizabeth Strout then you will adore Murmurations. It’s written in a similar style. Instead of the (very much alive) Olive, the woman at the heart of this story is the (dead) Erris Cleary, and her absence ‘haunts the pages of this exquisite’ story. Every chapter is a self-contained vignette or short story. Sometimes Erris is at the centre, other times she is a peripheral character, referred to tangentially. But the sum of the stories is more than the individual parts. Each adds another layer of meaning, another depth, to the life story of Erris Cleary. The chapters are written from different times, some in the long ago past, some in the recent past, some in the present. Each contributes more to what we know about Erris and her circumstances.

The rather thrilling circumstance is that she is gone. Dead. But was she murdered? Did she take her own life? And what of the rumours of her drinking? Her mental illness? Are they to be believed? Some chapters introduce us to Erris as a younger woman, seen through the lenses of her friends. Some stories recount her death and the effect it has on those who knew her, some well and some only as an acquaintance. Every story gives us more information about Erris throughout her life.

‘Fly far, be free,’ urges Erris to one character. But why has she not done that in her own life? ‘Who can know why she smashes mirrors? Who can say why she does not heed her own advice?’ Amongst the seeming normality of these various lives, Erris’ presence – and then her absence – hints at something darker. What is required is ‘the one true note that will crack the silence’.

Murmurations is named for the evocative image of masses of starlings twisting ‘in skeins’ over the sky, ‘lifting and falling in a kind of dance’. What is written in their patterns?

What is the writer’s role in telling this story? How does fiction play out against reality? And what if the two become one? What is the legacy of The Star of Bethlehem and the abandoned babies that grow up within its walls?

I absolutely adore this book. This is literary writing at its most beautiful and most powerful. The characters are each individually engrossing but then they are spun together into a web of community that gradually becomes apparent as the novella progresses. By the time you reach the end, you are flicking back to the beginning to reorientate yourself with those same characters and the dynamics of the relationships between them, trying to see patterns, attempting to see hints of foretelling from the historical stories regarding what you know will come later. Pitch-perfect prose and enough unanswered questions and loose threads to satisfy all those who enjoy a truly sublime reading experience.